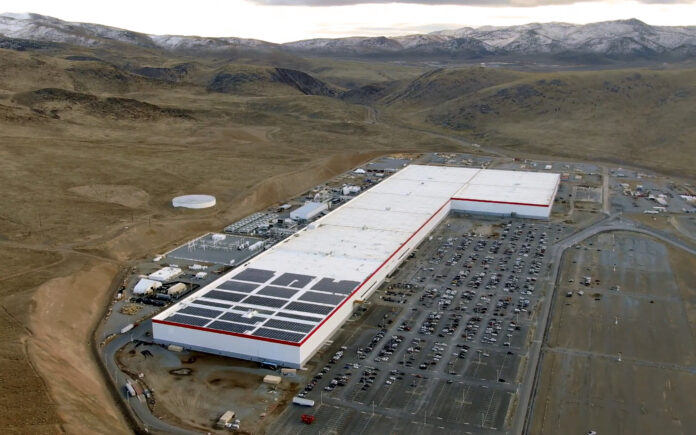 It wasn’t immediately clear whether Tesla’s plans expand the company’s manufacturing footprint beyond the property it is already developing outside of Reno in Sparks, Nevada.

Tesla said in a statement that its new facilities will include a 100 GWh battery cell factory, where the company expects to have the capacity to produce battery cells for 2 million light duty vehicles annually, and a high-volume factory where it will eventually manufacture its class 8 heavy-duty, fully electric truck, the Tesla Semi.

Tesla began construction of its first battery factory in Nevada in 2014. It operates this plant today with a key cell supplier, co-tenant and co-investor in the factory, Panasonic. The sprawling factory is known as GF1, Giga Nevada or the original Tesla Gigafactory. It primarily manufactures and supplies Tesla’s Fremont, California, vehicle assembly plant with high-voltage battery packs.

Tesla CEO Elon Musk held a ceremony in Nevada in December to kick off deliveries of the company’s Tesla Semi to a key early customer, PepsiCo. Tesla first announced its plans to produce the Semi in 2017, and had a targeted start of production in 2019 that was delayed until 2022. The company is not yet manufacturing a high volume of Semi trucks, but is making some at the Nevada Gigafactory.

Fans and critics of Tesla have been posting images of Tesla Semi trucks emblazoned with Pepsi Frito Lay branding that they’ve seen on the road since that announcement, including some broken down on the shoulder.

Tesla has yet to reveal publicly how much each truck costs, and did not say how many it has produced or sold in its fourth-quarter deliveries report. The company is expected to share further details on its Semi program in its Q4 earnings call.