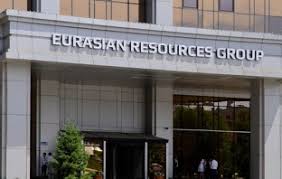 Under the deal, expected to run from 2021 to 2023, Telf will market 18,000 tonnes of cobalt for Eurasian Resources Group S.à r.l. (ERG, Luxembourg) this year – worth some $657 million at London Metal Exchange prices.

Demand for cobalt, a key ingredient for the rechargeable lithium-ion batteries used to power electric vehicles, crumbled as coronavirus lockdowns hit auto sector activity in the first half of 2020. Demand has since bounced as growth recovered, led by China.

A source with direct knowledge of the matter said most of the cobalt hydroxide produced by ERG’s Metalkol operation in Congo would be sold to Chinese companies.

Another source said ERG’s cobalt would also be sold to companies in South Korea, Japan and Europe.

Two sources at GEM said the company had signed a one-year deal to buy ERG’s cobalt from Telf, with one adding that the deal was for 3,000 tonnes. CATL did not respond to requests for comment.

Production at Metalkol started in the fourth quarter of 2018, according to ERG’s website, which also says that at full capacity Metalkol may eventually produce 24,000 tonnes of cobalt hydroxide a year. ERG is currently aiming to ramp up annual capacity to 20,000 tonnes.

By far, the world’s largest producer of cobalt is Glencore with guidance for around 35,000 tonnes of output this year, much of it from Congo. Privately-owned ERG at full capacity is expected to become the second largest producer.

Cobalt is a byproduct of copper in DRC, which is expected to produce 75% of the global total estimated at around 140,000 tonnes this year. In other countries cobalt is mostly a byproduct of nickel. Attempts to cut the cobalt content of electric vehicle batteries have to an extent succeeded, but are expected to be more than offset by strong demand growth over coming years as auto makers ramp up electric vehicle production.