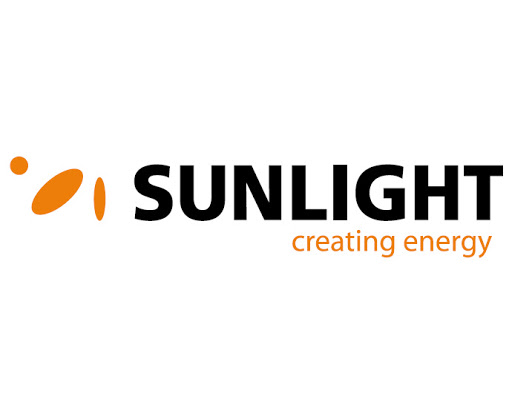 2019 marked for SUNLIGHT, a member of Olympia Group, the complete restoration of its production operations, as well as the expansion of its production capacity at its factory in N. Olvio, Xanthi, Greece, by 25%. At the same time, SUNLIGHT’s full comeback  in the international industrial batteries markets, the establishment of the subsidiary SUNLIGHT BATTERIES USA Inc. in America, and its entry into the dynamic market of smart lithium batteries, through the pioneer Li.ON FORCE series, were the most significant milestones for 2019.

The FY 2019 financials of the group for 2019 were improved. SUNLIGHT group’s turnover amounted to € 180 million vs € 108 million in 2018. It is noted that the full restoration of the production capacity of the industrial batteries sector was achieved in July 2019. The group’s EBITDA stood at € 22.2 million vs. €19.7 million the previous year. Earnings before taxes of the Group amounted to € 11.7 million vs. € 10.1 million, marking a small increase.

The first six months of 2019 group’ s efforts focused on restoring production capacity as quickly as possible to the level before the fire incident, a goal that was not only achieved in record time (July 2019), but also overcome via the capacity expansion program by 25%. During the same period, SUNLIGHT achieved its full reinstatement in the international industrial batteries’ markets.

At the same time, SUNLIGHT placed great emphasis on R&D. The Li.ON FORCE series of lithium smart batteries for Industrial Vehicles (EIVs), launched in 2019, incorporates Internet of Things and Machine Learning features. With a fit-for-purpose approach and designed entirely by a specialized team of engineers, based in Xanthi, SUNLIGHT completes its product range addressing effectively all industrial mobility requirements. Given the extensive development of lithium technology in the international markets, the company completed the construction of a new lithium battery assembly unit, at the plant of Xanthi.

In addition, the other two production plants (recycling facility in Komotini, Greece, and battery assembly facility in Verona, Italy), which are integral parts of the Sunlight value chain, continued their constant improvement in operations.

Finally, in December 2019, SUNLIGHT proceeded with the establishment of a subsidiary in North Carolina, USA, SUNLIGHT BATTERIES USA, with the aim of accelerating its expansion to the second largest market in the world.

On the occasion of the announcement of the Company’s FY 2019 financial results, Mr. Robby Bourlas, CEO of SUNLIGHT, stated: “2019 was a milestone year for the company since we managed to fully recover from the fire of 2018. Our production facilities in Xanthi was rebuilt in record time, being the most modern industrial battery manufacturing plant in the world. We managed also to fully regain our customers, proof of the trust relationship that we have built in the market for so many years. The modern facilities at Xanthi plant strengthen our competitiveness and place us in a position to claim a leading role in global markets with a growing positive trend.”

Of key importance for the implementation of the 2019 plan was the completion of the insurance compensation, (48 million Euros were paid in 2019, out of 66 million Euros total compensation amount), since this amount was the main funding source of the plant reconstruction

SUNLIGHT now has the most modern, efficient and safe factory in the world, in order to implement its strategic plans of the coming years, said the company. With the completion of the investment program to expand its production capacity by 25%, the company focuses on increasing the productivity and ensuring the business continuity. The trend towards the electrification of logistics is undoubtful and SUNLIGHT aims to play an important role through the new lithium battery technologies it offers. Based on the statistics, eIVs penetration has significant growth potential in areas such as North America, India and Southeast Asia, and the company is stepping up its efforts to exploit its competitive advantages in these promising markets. Part of this strategy is the establishment of the subsidiary Sunlight Batteries USA Inc., where lead and lithium batteries will be charged, assembled and distributed. The launch of the said facilities in North Carolina’s Greensboro is forecasted for the fourth quarter of 2020 and is expected to offer the Company speed of deliveries and high-level service to American customers.

The COVID 19 pandemic though, creates a business environment full of challenges. It is still too early to quantify the impact that the COVID-19 pandemic will have on our business activity and full year results, said the company. The company takes into account all the parameters and monitors the decisions of the Eurozone countries to take a series of fiscal and other measures to stimulate the economy; it has also developed alternative scenarios in order to ensure business continuity and maintain its competitive position during and after this crisis.