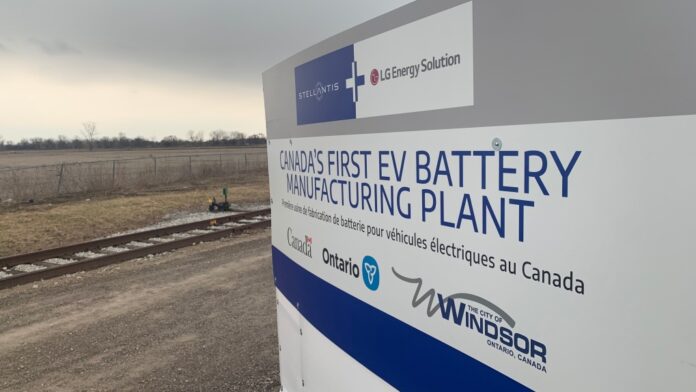 Stellantis and LG Energy Solution committed to invest more than $5 billion CAD ($4.1 billion USD) to establish automotive battery operations in Windsor, Ontario, with support from the municipal, provincial and federal levels of the Canadian government.

The manufacturing facility is targeted to have an annual production capacity in excess of 45 gigawatt hours (GWh) and will create an estimated 2,500 new jobs in Windsor and the surrounding areas. Plant construction activities are expected to begin later this year with production operations planned to launch in the first quarter of 2024.

NextStar Energy will play an important role in the Stellantis Dare Forward 2030 strategic plan, which aims to have more than 50% BEV sales in North America by the end of the decade.

Lee has held a series of global and regional sales and marketing roles for the promotion of lithium-ion batteries at LG Chem since 2001. He was responsible for US market sales and was based in San Jose, California, from 2015 to 2018. Most recently, he oversaw the sales and program management of key EV battery programs for the North American market. Lee will be moving to Windsor, Ontario, in the coming months. He holds a master’s degree in international studies from Korea University, as well as an MBA from Duke University.

The closing of the battery joint-venture company is subject to customary closing conditions, including regulatory approvals.