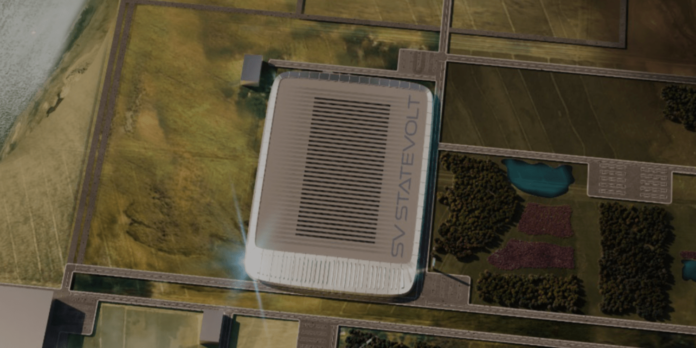 Statevolt, a battery startup seeking to build hyperlocal gigafactories, has acquired a 135-acre site in Imperial Valley, California, as the location for its 54 GWh Gigafactory. The business will manufacture batteries for electric vehicles (EVs) and storage applications using resources and supply chains sourced entirely in the US. At full operating capacity, the Gigafactory will be one of the largest in North America, with capacity to produce batteries for 650,000 electric vehicles a year.

The 135-acre site has been chosen for its proximity to the Salton Sea, which has enough lithium to meet the United States’ projected demand fully, as well as an expected 40% of global demand. As a part of its hyper-local business model concept, Statevolt is focused on supporting growth and regeneration in the area, with an ambition to provide direct employment for up to 2,500 people in the Imperial Valley community.

The passage of the “Inflation Reduction Act” (IRA) has provided Statevolt with significant impetus to accelerate its plans to develop its Gigafactory in Imperial Valley. According to research from the investment bank Cowen, the US is forecast to have around 920GWh of annual battery manufacturing capacity by 2031. Incentives for battery cell production outlined by the IRA will enable Statevolt to accelerate its development plans and support the US’ ambitions to take a leading position in global battery manufacturing.

Since announcing the launch of the project in April, and with the assistance of Imperial Valley Economic Development Corporation (IVEDC), the Statevolt team has undertaken an audit of potential sites that will meet its various criteria and be in close proximity to its various project partners. Having acquired the site, Statevolt has engaged AECOM to undertake due diligence including environmental and traffic analysis, ensuring that the planned site is suitably linked to strategic roads and highways for access.

Statevolt has already partnered with Controlled Thermal Resources (CTR), which will supply locally sourced lithium, and geothermal power from their Hell’s Kitchen Lithium and Power plant.

The CTR team has more than 30 years’ experience constructing and managing geothermal operations in the Imperial Valley. CTR is well positioned to provide Statevolt with the highest quality materials, allowing Statevolt to supply the EV market with batteries that have been produced with a negligible environmental and carbon impact.