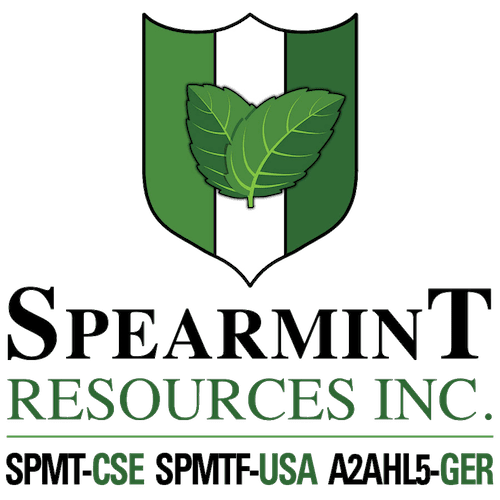 Spearmint Resources Inc., Vancouver, Canada, (CSE: SPMT) (OTC Pink: SPMTF) (FSE: A2AHL5) is considering the transfer of its lithium exploration projects to a new subsidiary that would be spun out pro rata to the shareholders of record of Spearmint. The company’s board of directors are evaluating the merits of this transaction and will report on any developments and specifics as management deems timely.

Spearmint can make no assurance that a spinout will take place as it would be subject to several conditions that include board approval, satisfying the Canadian Securities Exchange listing requirements, the assessment of legal and tax ramifications, determining final details of the transaction, receipt of all regulatory approvals, any required shareholder approval, the availability of financing for the new subsidiary, and market conditions. The company will provide further details if and when available in accordance with the policies of the CSE.

James Nelson, President of Spearmint states, “The rationale for this potential spinout is to reward our shareholders of record as management feels that the total assets of Spearmint are not being valued accordingly.  By potentially spinning out the lithium assets pro rata to Spearmint shareholders of record, we feel this would add value for our shareholders and create two stand-alone companies that will both have an ability to create value based on the assets they individually hold.  Lithium in Nevada has seen a massive resurgence as witnessed by the rise in Cypress Development Corp. (CYP.v) and Noram Ventures Inc. (NRM.cse), who we share the Nevada lithium clay deposit with.  We are awaiting the final results for the last 7 holes from our drill program in Nevada, of which we had our highest results to date and eagerly look forward to the remaining drill results.” 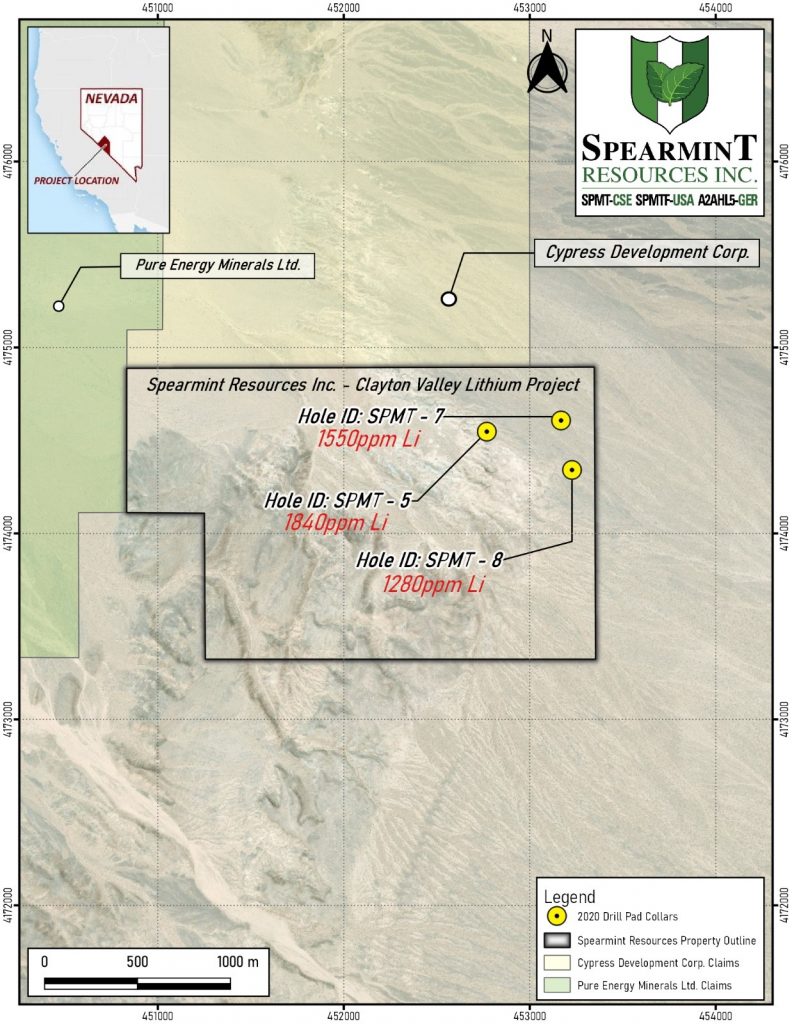 Spearmint’s other projects in British Columbia include the ‘Safari’ Copper-Gold Prospect consisting of 9,007 contiguous acres located in the northern Quesnel Trough in North-Central BC, and the ‘Hammernose’ Gold Prospect consisting of 8,685 acres directly bordering Westhaven Gold Corp.’s (WHN.v) Shovelnose Property in the Spences Bridge Gold Belt located in Southern British Columbia, Canada. Management cautions that past results or discoveries on properties in proximity to Spearmint may not necessarily be indicative to the presence of mineralization on the Company’s properties.