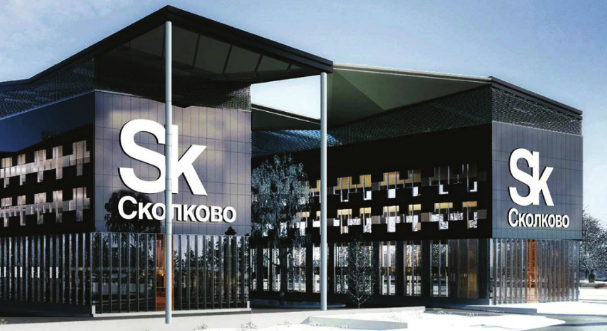 Researchers from Skoltech Center for Energy Science and Technology, Skolkovo Institute of Science and Technology, Moscow, Russia, and their collaborators have designed, synthesized and evaluated new compounds that can serve as catholytes and anolytes for organic redox flow batteries, bringing this promising technology closer to large-scale implementation. The two papers were published in the Journal of Materials Chemistry A and Chemical Communications.

Energy storage is a crucial component of a greener energy system of the future based on renewable sources; batteries have to be complemented with wind and solar farms and have to be scalable, safe, and flexible in their design and lifetime. Redox flow batteries (RFBs) are all those things, yet one major barrier to commercialization has been their low specific capacity. So, a lot of research effort is focused on developing better battery components to overcome this hurdle.

“The main advantage of redox-flow batteries is scalability – the capacity of the battery is limited only by the volume of the electrolyte, so it is the ideal construction for large-scale energy storage. Nowadays we are working with organic redox-active materials solubilized in organic solvents (non-aqueous organic RFBs). The main advantages for non-aqueous organic RFB are high cell voltage (up to 5V, versus around 1.6 V for water-based systems), a huge variety of organic redox-active molecules which cold be applied, and potential operability at low temperatures, without any concern for freezing below 0 °C. As such this work offers considerable advances for the development of RFBs of this type,” Skoltech PhD student Elena Romadina, the first author of both papers, explains.

In the two papers, Elena Romadina and her colleagues describe highly promising catholyte and anolyte materials for RFBs – triarylamine-based materials and a phenazine derivative, respectively. The seven highly soluble redox-active triarylamine-based compounds were designed, synthesized and tested for solubility and electrochemical properties, with one of them, singled out as the most promising candidate for further studies. The authors emphasize that the developed compounds exhibited almost unlimited solubility in polar organic solvents such as acetonitrile, which makes them promising for high-capacity RFBs. In the other study, a phenazine derivative with oligomeric ethylene glycol ether substituents was synthesized in a two-step process and showed solid performance as a RFB anolyte.

“As a result of our work, we presented a novel class of compounds that could be used in RFBs. Previously, poly-triarylamines were investigated as a cathode material for metal-ion cells, but this class of compounds was not investigated in redox-flow batteries. Thus, a new and very promising core structure was opened up for us and other scientists. Triarylamines have a stable and fully reversible redox potential, and could be easily modified, providing different redox potentials and physical properties. Moreover, we found that triarylamines-based compounds could retain their electrochemical properties even in the presence of water in organic solvent,  which lowered the requirements for solvent preparation and cost,” Romadina adds.

“We are in fact looking at both ends of the battery in an effort to raise operational cell voltage and to prevent other degradation of catholytes and anolytes. To make organic RFBs commercially viable, we also need research in areas such as low-cost scalable synthesis of highly soluble redox-active molecules; the development of high-performance membranes that are good ionic conductors, but inhibit cross-over of anolytes and catholytes upon charge and discharge; and the scaling of larger cell and stack level device configurations to enable grid scale energy storage,” Professor Keith Stevenson, Skoltech provost and coauthor of the papers, says.

Other organizations involved in this research include the Institute of Problems of Chemical Physics of Russian Academy of Sciences and the D. Mendeleev University of Chemical Technology of Russia.

Skoltech is a private international university located in Russia. Established in 2011 in collaboration with the Massachusetts Institute of Technology (MIT), Skoltech is cultivating a new generation of leaders in the fields of science, technology and business, is conducting research in breakthrough fields, and is promoting technological innovation with the goal of solving critical problems that face Russia and the world. Skoltech is focusing on six priority areas: data science and artificial intelligence, life sciences, advanced materials and modern design methods, energy efficiency, photonics and quantum technologies, and advanced research.