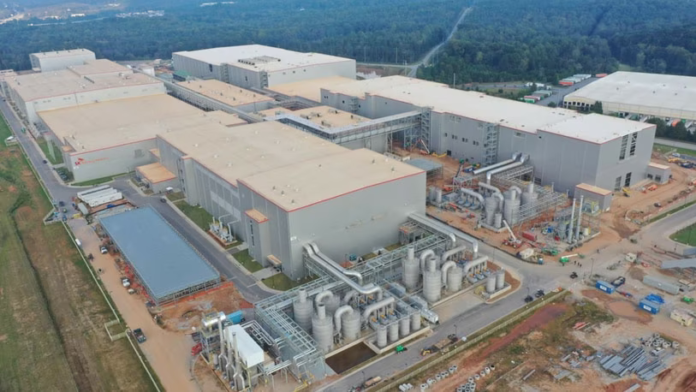 SK Battery has announced plans for Georgia battery plant. The company will hire 3,000 workers in Georgia by the end of 2023, up from its original estimate of 2,600, said spokesman Joe Guy Collier. SK has already hired 1,300 employees for its $2.6 billion Commerce facility, which began production in January.

Collier declined to say how many batteries SK has produced in Georgia so far, or its forecast for the full year.

The South Korean company is building the plant in two phases and only has completed the first phase. It estimates it will finish construction in September, with full production starting early next year.

SK has supply contracts with Ford and Volkswagen for its Georgia-made batteries. It has not said if it will provide EV batteries to Rivian, which is building a $5 billion EV plant about an hour south of Commerce in Morgan and Walton counties.

The SK facility, when it is completed, will manufacture 22 gigawatt-hours of lithium-ion battery cells yearly, enough to power about 430,000 vehicles.

The automotive industry is rushing to switch from gas-powered to electric-powered vehicles, as consumer demand surges. Tesla has sold out of most models until next year, according to media reports, and Rivian’s backlog of orders has increased this year.