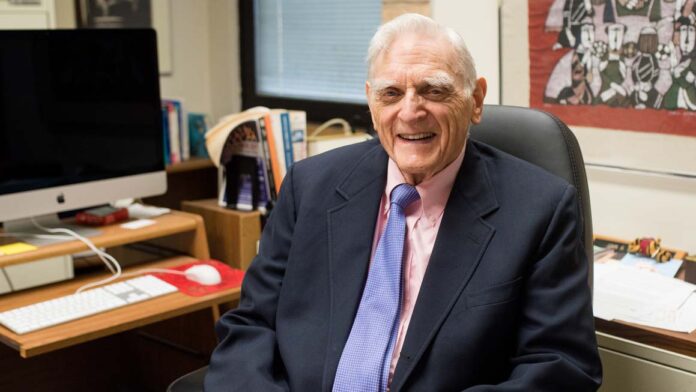 Father of the lithium-ion battery, Sir John Goodenough has tipped his hat to Chinese EV battery maker and Tesla partner CATL for its new 21C laboratory, saying the advances made at the facility could benefit society significantly, The Driven reports.

CATL – Contemporary Amperex Technology Co. Limited – is the largest maker of electric vehicle batteries globally according to SNE Research, accounting for 27.9% of the global market with a 32.5GWh annual output.

The new lab, in which CATL is investing 3.3 billion RMB, will be located on an 18 hectare site and will focus on the next generation of batteries as well as new energy conversions systems.

On hearing the news, Goodenough, who was awarded the 2019 Nobel laureate in chemistry for his work on developing lithium-ion batteries, sent his congratulations on 21C Lab’s establishment, which CATL shared in an official announcement. 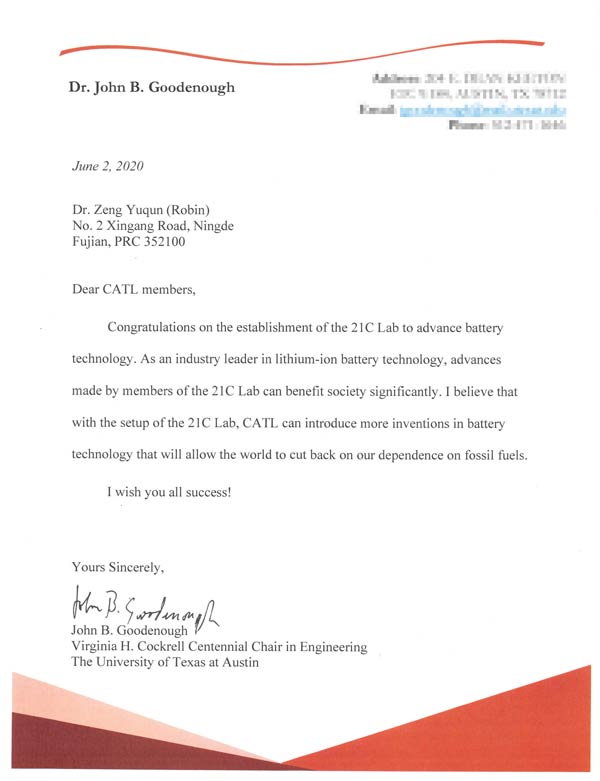 “As an industry leader in lithium-ion battery technology, advances made by members of the 21C Lab can benefit society significantly,” wrote Goodenough who is currently the chair for the Virginia H. Cockrell Centennial engineering department at the University of Austin, Texas.

“I believe that with the setup of the 21C Lab, CATL can introduce more inventions in battery technology that will allow the world to cut back on our dependence on fossil fuels,” he was quoted as writing.

The news of the 21C laboratory comes after CATL also announced a plan in February to spend 26 billion RMB to increase its annual EV battery production to 52GWh by 2023, and it is currently building its first battery factory outside China in Germany with a planned annual output of 14GWh, Asia Nikkei reports.

It is understood that CATL’s current deal with Tesla will include its low-cost no-cobalt lithium iron phosphate (LFP) batteries, for which Tesla recently gained approval to use in its made-in-China Model 3 being built at its Shanghai gigafactory.

CATL has also said it can now make a battery with a lifespan of one million miles (1.6 million km), which it has developed in collaboration with Tesla, which has an exclusive battery research team lead by Dalhousie University’s Jeff Dahn.

Details of the so-called “million-mile battery”, which will likely utilise a nickel-cobalt-aluminium “single crystal” cathode are keenly awaited and are expected to be revealed in Tesla’s upcoming Battery Day, which is now slated for September after several delays.

“As a high-tech enterprise, CATL’s development is driven by constant innovation,” said Yuqun (Robin) Zeng, founder and chairman of CATL in a statement.

“21C Lab epitomises our corporate philosophy of innovation, mastering basic skills and unleashing imagination. Supported by the Innovative mechanisms, we have committed ourselves to making further contributions to the development of new energy for human beings.”