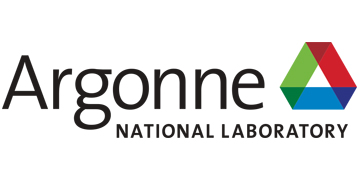 The diamonds and other crystals on view in science museum exhibits are a delight to the eye. What contributes to their sometimes dazzling geometric shapes and colors is their highly ordered arrangement of atoms. For the crystalline materials in battery electrodes, their ordered microstructure has practical benefits for ease of the ion transfer within the electrode during charge and discharge.

Scientists at the U.S. Department of Energy’s (DOE) Argonne National Laboratory have created and tested a single-crystal electrode that promises to yield pivotal discoveries for advanced batteries under development worldwide for electric vehicles, consumer electronics and other applications. Collaborating on the project were researchers from Northwestern University and the University of Illinois at Chicago.

The electrode materials in advanced batteries are “polycrystalline,” meaning they have numerous differently oriented crystalline regions. Because polycrystalline electrodes are relatively simple to fabricate, scientists have focused past battery research on experimenting with these materials, which are full of different kinds of defects within the ordered structures that often can affect performance.

“We recognized that single crystals can play a vital role in identifying promising new ways to understand, at atomic and molecular levels, the chemistries that control charge-discharge processes in batteries with polycrystalline electrodes,” noted Sanja Tepavcevic, assistant scientist in Argonne’s Materials Science division.

The team prepared single crystals of a sodium-iridium oxide (Na2IrO3) and used them as the cathode material in small test cells. For comparison, they also tested similar cells with polycrystalline cathodes. By drawing upon the scientific facilities at Argonne — in particular, the Advanced Photon Source (APS), a DOE Office of Science User Facility — they could determine the precise position of every atom in the crystal structure for different states of cell charge and discharge.

“This project simply would not have been possible without the extraordinary material characterization resources of the APS,” said Tepavcevic. “We also greatly benefitted from the expertise of team member Jennifer Hong Zheng in her world-class capability at growing single crystals to precise specifications.”

Much was learned about the cathode chemistry during charge-discharge cycling of the test cells. In particular, the team investigated the origin of the extra capacity beyond that expected for the NaIrO3 endpoint structure. “With our single crystals, we could separate surface from bulk effects that were not apparent in earlier work with polycrystalline materials alone,” said Tepavcevic. The team demonstrated that the extra capacity derives from surface reactions, not the bulk of the material as previously thought.

Important to improved battery design is knowing how and why material changes occur during cycling. From their test results, the team determined the chemical structure of the three distinct phases that form during charge, two of which were not known before. They also found that cell capacity faded with cycling because of the formation of a new detrimental phase on charge, which persisted during discharge and grew in size with cycle number.

“We learned more about sodium-ion batteries with our single-crystal electrodes than we ever thought possible at the project start,” said John Mitchell, Argonne Distinguished Fellow in the Materials Science division. “Clearly, single crystals open the window to a far better understanding of the chemical and electronic transformations that control energy storage and release in all battery types, as well as their degradation mechanisms with cycling.” With such knowledge, future battery researchers will be able to develop design rules for synthesizing new and improved polycrystalline materials with desired functionality.