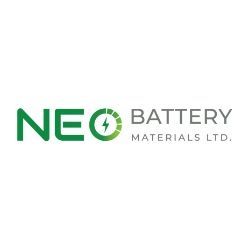 Dr. Jong Hyeok Park, Director and Chair of the Scientific Advisory Board of NEO Battery Materials Ltd., Vancouver, Canada, (TSXV: NBM) has announced that NEO has achieved breakthrough results in attaining a highly stable long-term cycling ability using 100% silicon (Si) anodes. The pure Si anode that does not contain graphite anode materials has been successful in demonstrating these results at automotive rates of charge and discharge for over 1000 cycles. With the help of NEO’s proprietary uniform nanocoating technology, the capacity decay, most importantly, was less than 25% after running 1000 cycles.

As Elon Musk, CEO of Tesla, said, incorporating silicon into the anode of a Li-ion battery has the potential to improve energy density by 20–40%, extending the maximum range of vehicles by 20%. However, it is not easy to make an anode from 100% silicon nanoparticles that lasts over just one hundred cycles of charge and discharge.

Dr. Park commented, “Our patented elastomer nanocoating layer which has both electronic and ionic conductivity is able to compensate the mechanical stress of the Si anode during a long-term cycling test. Our technology effectively scatters the stress from the Si anode, allowing commercial level areal capacity of >2.0 mAh/cm2.”

NEO Battery Materials Ltd. is a Vancouver-based junior resource company focused on battery metals exploration in North America. The Company has staked new mining claims in Golden, BC, along a strike with a quartzite bed, targeting silica in the quartzites for a total of 467 hectares. The Company focuses on exploring and producing silicon, which, when added to anode materials in the production of lithium-ion batteries, provides improvements in capacity and efficiency over lithium-ion batteries using graphite in their anode materials. The Company intends to become an integrated silicon producer and anode materials supplier to the electric vehicle industry.