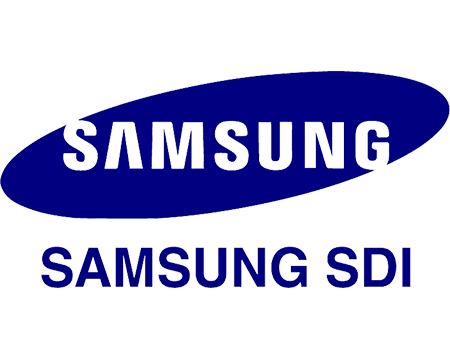 Samsung SDI, Seoul, Korea, seems set to boost profits as the energy storage technologies it is developing will play a key role in reducing carbon emissions. Plus, the electrification of transport from vehicles and trucks, to ships, trains and planes will drive a huge upside for battery and fuel cell makers, and associated supply chains, Koreatimes.co.kr reports.

Unsurprisingly, stock market analysts are trying to pick which firms could be the greatest beneficiaries in the rapid moves to cut CO2 intensity in the global battery supply chain.

Along with Japan’s AESC and Northvolt of Sweden, Samsung SDI is cited as the one of the top beneficiaries of the impending trend. Following a weak 2019 and 2020, demand for electric vehicles (EV) and the batteries that power them is expected to accelerate this year as China returns to growth and European strength continues. In Europe, a core market for Samsung SDI, auto OEMs are under huge pressure to cut CO2 emissions and much of that will happen throughout this year with the high hopes that the COVID-19 pandemic will come under control.

Powered by increasing battery and energy storage system (ESS) orders, SDI is set to report record profits during the fourth quarter of 2020. The company is expected to post over 300 billion won in operating profit, a 1,500 percent surge in earnings from the same period of 2019. Earnings will be released later this month. Additionally its battery division is forecast to see its first surplus in the same quarter.

“The fourth quarter is expected to be meaningful as the mid- to large-size battery business will make a profit,” Eugene Investment & Securities analyst Roh Kyoung-tak stated in a recent report.

Various factors are cited for this, but the main reason is that despite the spread of COVID-19, which crushed auto sales and entire battery supply chains, EV penetration in Europe has jumped significantly benefiting Samsung SDI as with LG, they account for the majority of EV battery sales in Europe, according to fund managers.

“Samsung SDI is expected to report 1.33 trillion won in operating profit throughout this year, up 12.5 percent from our earlier expectations. The revised outlook is thanks to better-than-expected EV battery demand and demand for battery-intensive energy storage systems,” said Lee Soon-hak at Hanwha Investment.

What makes SDI’s outlook bright is despite the short-term downside risks to EV sales from the spread of COVID-19, analysts are paying more attention to EVs and all things “clean and green” being promoted by governments around the world.

As administrations are considering a financial stimulus to restart the economy, green initiatives such as EVs and renewable energy sources will receive an outsized portion of this according to some observers. China, the single largest auto market, recently extended its EV subsidies to 2022. France also recently announced an expansion of its EV subsidies, while Europe as a whole is considering broader stimuli to encourage EV adoption post-pandemic. Samsung SDI operates its key European plant in Hungary.

EV sales are forecast to reach 3.68 million in 2021, a year-on-year growth of 33 percent. “As Europe’s EV market, which accounts for a large part of the company’s supply, ia expected to grow by 30 percent this year, the company can make an annual profit as it reaches economies of scale,” Roh said.

An additional reason for such optimism is that Samsung SDI could be chosen as a primary battery supplier for Hyundai Motor Group‘s E-GMP EV project. Both Hyundai and Samsung declined to comment about any specifics on who they are in talks with for this, however, given the possibility of Hyundai partnering with Apple for its much reported future EVs, SDI could have its eye on a partnership with Apple. Both Samsung Display and Samsung Electronics already supply OLEDs and memory chips to the U.S. tech giant.

Analysts also said SDI’s battery unit’s next-generation Gen. 5 EV battery, which uses NCA cathode material with 88 percent nickel, is set to go into mass production this year. As BMW, one of its top clients, will be using the brand-new battery, SDI officials are hoping the Gen. 5 battery will become an additional plus in terms of further boosting profits this year.

“The Gen5 battery is expected to boost profits this year, as the EV market around the world grows,” a Samsung SDI official said.

Samsung SDI has aggressively been expanding its production facilities, building four new production lines at its existing plant in Hungary. Once that is completed, the company will see production capacity expand to 40 gigawatts per hour. This would supply batteries to 640,000 EVs.

IEA: India to be world’s largest market for battery storage by 2040