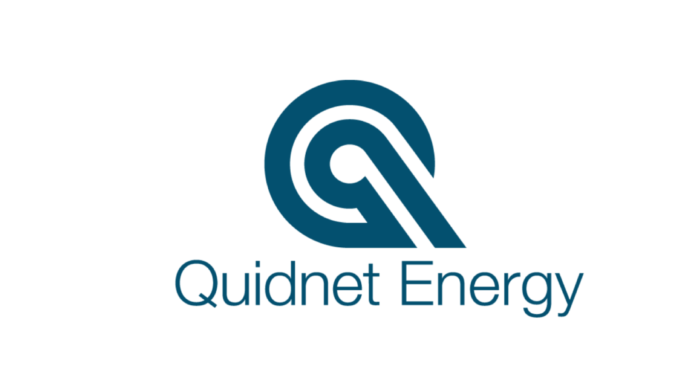 Quidnet Energy, Houston, Texas, today announced the closing of its $10 million Series B financing and the execution of a contract with the New York State Energy Development Authority (NYSERDA) for commercial demonstration of its Geomechanical Pumped Storage (GPS) technology. Existing investors Breakthrough Energy Ventures and Evok Innovations participated in the round, as well as new investors Trafigura and The Jeremy and Hannelore Grantham Environmental Trust. The company’s Series B capitalization sets the stage for Quidnet to work with electric utilities and deliver commercial-scale projects across the North American electric grid.

“Integrating renewables and replacing retiring thermal generation require cost-effective long-duration electricity storage at an immense scale. While traditional pumped hydro has provided over 95% of the world’s grid-scale storage, that approach faces significant siting and cost limitations going forward,” said Quidnet Energy CEO Joe Zhou. “Quidnet unlocks these constraints to fundamentally change the economics and deployment profile of long-duration storage. With this Series B financing and the execution of the NYSERDA contract, we will begin deployment of commercial-scale facilities across priority markets.

“Quidnet’s GPS technology is a novel form of hydroelectric energy storage. It uses time-tested well-drilling and construction technologies to pump water under pressure into subsurface geological reservoirs to store energy. When variable renewable energy is not available, this water is released to drive hydroelectric turbines to power the electric grid. Funds from the Series B financing will be used to expand the team and infrastructure necessary for full-scale commercial deployments, as well as fund the construction of near-term projects, including a 2-megawatt (MW) project implementing GPS as part of the company’s contract with NYSERDA.

“Energy storage has a critical role in the low carbon economy. It is essential in integrating intermittent renewable energy into grids by aligning peaks and troughs in power generation with changing patterns of demand,” said Robert Gillon, Senior Manager from Trafigura‘s Power and Renewables Trading Division. “Our strategic investment in Quidnet Energy is helping to deliver a cost-effective alternative to traditional pumped hydro, today’s predominant solution for long-duration storage.”

“Quidnet’s Geomechanical Pumped Storage is not only more cost-effective than traditional pumped hydro, but it is uniquely capable of being deployed on non-mountainous terrain, enabling it to sit across a broad range of geographies,” said Carmichael Roberts, Breakthrough Energy Ventures. “We’re excited to see the company’s advances toward wide-scale deployment and happy to support the team through this next phase of commercialization.”

“Long-duration electricity storage is critical to the energy transition. It’s exciting to see how Quidnet is bringing this viable long-duration solution to the market,” said Dr. Mike Biddle, Managing Director at Evok Innovations. “Because they are leveraging long understood geologic principles, we are confident that they can scale rapidly. We are pleased to support the Quidnet team through its next phase of commercial growth”.

“Under Governor Cuomo’s leadership, New York is investing in the technology research and development needed to advance a 21st electric grid that can support the State’s growing influx of renewable energy. Congratulations to Quidnet on this opportunity to develop and demonstrate the value that this innovative technology can bring to New York as we work to reduce greenhouse gas emissions and transition to a 100 percent clean electric grid,” said Alicia Barton, President and CEO, NYSERDA.

The project in New York State will be a 2 MW scale implementation of GPS, supported through NYSERDA’s High Performing Grid Program, which makes investments in research and development that accelerate the realization of an advanced, digitally enhanced and dynamically managed electric grid. Even at this modular scale, per-kilowatt installed costs are expected to be less than 50 percent of traditional pumped storage due to simpler civil construction scope. This facility is planned to be configured for applications involving 10-hours of storage duration.

The focus of Quidnet’s hiring in the coming year will continue to draw from the highly technical talent pool of traditional subsurface industries while also building up internal capabilities to support project development partners.

About Quidnet Energy
Based in Houston, Texas with offices in San Francisco and Saratoga Springs, Quidnet’s patented GPS technology utilizes excess renewable energy to store water beneath ground under pressure. When renewable energy is not producing this pressurized water drives hydroelectric turbines producing electricity to support the grid at a fraction of the cost of Li-ion and for much longer duration. Quidnet’s technology is an adaptation of centuries-old gravity-powered “pumped storage,” but without the massive land requirements and reliance on elevated terrain.