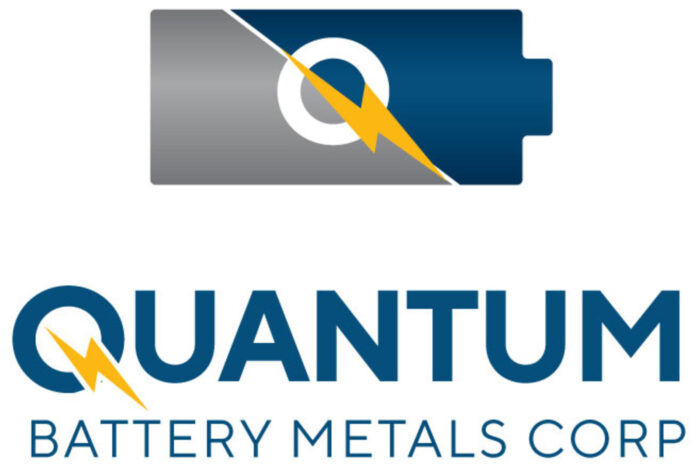 Quantum Battery Metals Corp. has entered into a letter of intent to acquire 100 per cent of the approximately 2,750-hectare Lac Mistumis Lithium property, located in the territory of Eeyou Istchee, James Bay, Northern Quebec, Canada. The property is centralized in the heart of Canada’s Lithium district and in the proximity of several large well known Lithium producers. Quebec is known for its strong electric aspirations and fundamentally accelerating the battery metal industry. This will be the 4th lithium property that the Company has acquired in the past 2 years.

“This transaction – states a release – strengthens our land position in an important mining camp and area, which achieves two main objectives of the Company. Firstly, we have established a meaningful land position that specifically heavily focuses on lithium deposits and second, we enhance our ability and capacity for our Lithium portfolio.”

The property is conveniently located between two major Hydro Quebec transmission lines. The property closest accessible point is through a main access road or through air.

The property is proximal to Lithium bearing pegmatites of relatively homogenous granitic instrusives. The Property overlies the Eastmain Greenstone Belt and is mainly underlain by the Archean granodiorites, pegmatites, and monzogranites of the Mistumis Batholith and by the northwest-southeast trending Lac Esprit diabase dyke.