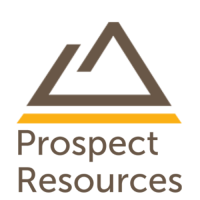 Mr Wheatley is currently a non-executive director of Ora Banda Mining Ltd (ASX: OBM) and Peninsula Energy Limited (ASX: PEN). Mr Wheatley is well known to institutional investors and has served as a nominee director for a private equity group across a number of their portfolio companies. His experience includes growth through the financing and development of projects, and he has been instrumental in a number of successful merger and acquisition transactions.

Mr Wheatley holds a Bachelor of Engineering (Chemical Engineering) from the University of New South Wales and a Master of Business Administration from West Virginia University. Mr Wheatley said: “I am delighted to join Prospect as it seeks to develop the Arcadia Lithium Project. What attracted me to Prospect is the high calibre and experience of the management team, the quality of the Arcadia asset, the exposure to European markets, offtake relationships, and supportive major shareholders. Prospect will provide customers diversity away from Australian supply, the ability to deliver high purity products and the upside of staged development with market expansion. The Company has also developed strategies to manage Zimbabwe sovereign risks.”

Mr Wheatley has a base salary of $87,600 inclusive of superannuation and will be issued with 2,000,000 unquoted options exercisable at $0.24 expiring on 7 January 2025 vesting in tranches on successful completion of the following milestones,
i. 50% vest at FID (Final investment Decision) before end of 2021 for stage 1 of the Arcadia development, FID occurs after all elements of the project are procured and sufficient capital is secured to fully fund the stage 1 project.
ii. 50% vest with first on-spec product shipped within 18 months of the FID decision.

Prospect Resources Limited (ASX:PSC, FRA:5E8) is an ASX listed lithium company based in Perth with operations in Zimbabwe. Prospect’s flagship project is the Arcadia Lithium Project located on the outskirts of Harare in Zimbabwe. The Arcadia Lithium Project represents a globally significant hard rock lithium resource and is being rapidly developed by Prospect’s experienced team, focusing on near term production of high purity petalite and spodumene concentrates. Arcadia is one of the most advanced lithium projects globally, with a Definitive Feasibility Study, Offtake Partners secured and a clear pathway to production.