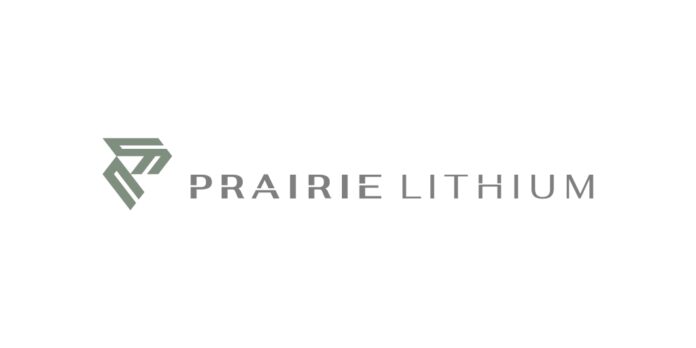 Prairie Lithium Corporation has announced the completion of its drilling and completions program for its Discovery #1 lithium well in Southeast Saskatchewan. To management’s knowledge, this well represents the first well drilled for lithium brine in Canada. Prairie Lithium began drilling the well on September 21, 2021, and completed drilling operations on September 25, 2021, near Torquay, Saskatchewan.

Early results indicate that the well exhibits some of the highest known lithium brine concentrations in Canada. The entirety of pay zone encountered was approximately 110m thick and composed of a cumulative net pay thickness of 53m. The net pay is a series of multiple, highly productive aquifers that are enriched in lithium.

“I always believed that the best was yet to come, in terms of finding higher lithium concentrations in Saskatchewan. To find the highest repeated lithium brine concentrations in Canada to date, on the first well drilled for lithium brine in the country, is the result of a targeted exploration program with an A-class team of industry experts,” stated Prairie Lithium’s President & CEO Zach Maurer.

Prairie Lithium holds over 362,000 acres of nearly contiguous subsurface mineral permits in Southeast Saskatchewan. “Given our large contiguous land holding, coupled with what appears to be a great resource, in a stable jurisdiction with access to year round skills and infrastructure, I believe that our project in Southeast Saskatchewan will continue to yield positive results,” added Mr. Maurer.

The company also completed a re-entry program on a wellbore in the area to further delineate the extent of lithium in the subsurface. The company will continue to delineate the lithium across its land base in southeast Saskatchewan through additional drilling and re-entry opportunities.

Prairie Lithium has spent the past 24 months building its land base and developing its direct lithium extraction technology, which can selectively separate the lithium from the other impurities in the brine in minutes. With the proceeds from its recently completed $7,500,000 financing, the Company hopes to become a leader in lithium resource exploration and extraction technology development.