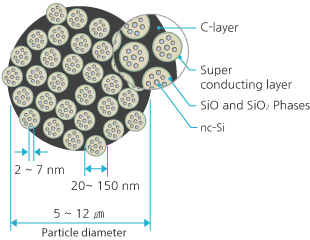 South-Korea-based POSCO has acquired silicon anode startup Tera Technos for 47.8 billion won (US$37 million), as the steelmaker enlarges its position within the Li-ion battery supply chain. POSCO intends to invest $20 billion into the lithium-ion supply chain between now and 2030.

While conventional silicon anode materials suffer degradation due to volume expansion during the charge and discharge cycles, Tera Technos’ SiOx is a nano-mixture structure, minimizing volume expansion and fracture and thus ensuring battery capacity and stability.

The Tera anode materials can realize 1,500 mAh/g—far higher than 372 mAh/g, the theoretical capacity of the conventional graphite anode material.

POSCO plans to begin selling silicon anode materials within the first half of 2024. It plans to expand its production capacity to tens of thousands of tons by 2030.

In June, POSCO signed a memorandum of understanding with SK On to strengthen collaboration across the entire battery value chain, ranging from secondary battery materials such as lithium, nickel, and cobalt to cathode and anode materials and battery recycling.

The two companies also shared the medium-to-long-term expansion plans for SK On’s secondary battery production, and discussed how POSCO Group will increase the supply of raw materials to its partner.

After organizing a working-level taskforce, the two companies plan to talk about: