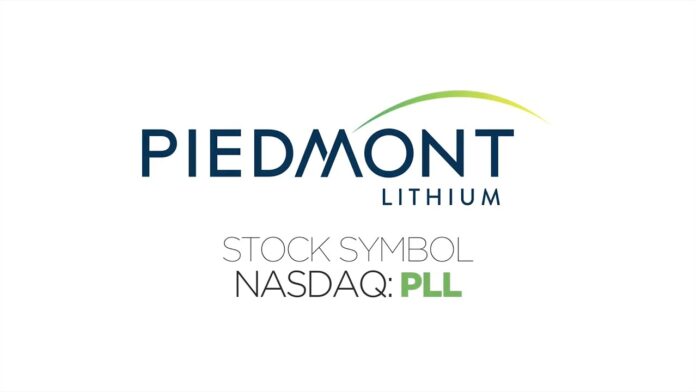 Under the agreements, Piedmont will acquire an initial 9.9% equity interest in Sayona (“Share Placement”) and two unsecured convertible notes (“Convertible Notes”), which upon conversion would result in Piedmont being issued a further 10% of Sayona’s issued capital for total consideration of approximately US$7 million.

One of the convertible notes is immediately convertible at Piedmont’s option, while the second’s convertibility is subject to Sayona shareholder approval. Assuming such approval, both convertible notes will convert to equity upon completion of the investment. Piedmont will have the right to nominate one director to Sayona’s Board, providing its voting power is at least 9%.

Further supporting Sayona’s development in Québec, Piedmont will also invest approximately US$5 million in cash for a 25% stake in Sayona Québec (“Project Investment”). The funding will help advance Sayona’s growth plans in the province, including the Company’s flagship Authier Lithium Project, the emerging Tansim Lithium Project and creation of a lithium hub in Québec’s Abitibi region, including the Company’s proposed bid for NAL.

The Share Placement and issue of the Convertible Notes are expected to close during the week of 11 January, with the Project Investment expected to close in February 2021. Material terms of the agreements are included in the summary of transaction terms at the end of this announcement.

Piedmont has also agreed a binding offtake arrangement under which it will acquire up to 60,000 tpa of spodumene concentrate or 50% of Sayona Québec’s production, whichever is greater (“Supply Agreement”). The Supply Agreement is for Sayona Québec’s life‐of‐mine operations and is based on market pricing with a minimum price of US$500/t and maximum price of US$900/t on a delivered basis to Piedmont’s planned lithium hydroxide plant in North Carolina.

The Supply Agreement is conditional upon Piedmont and Sayona agreeing to a start date for spodumene concentrate deliveries between July 2023 and July 2024, based on the development schedules of both parties.

Welcoming the partnership, Keith D. Phillips, President and CEO of Piedmont, said the agreement was a win‐win outcome for both companies: “Piedmont is building a world‐class spodumene‐to‐hydroxide business in North Carolina, and we are now very pleased to be partnering with Sayona to advance a similar business in Québec. Québec is destined to become one of the world’s major lithium hydroxide production centres given its abundant mineral resources, low‐cost, sustainable hydroelectric power, proximity to major U.S. and European electric vehicle markets, and pro‐electrification stance of provincial leaders. Sayona’s assets are favourably located in the Val‐d’Or region of central Québec, home to major mining operations and proximate to first‐classinfrastructure. Sayona’s core Authier project is well‐advanced, with reserves declared and DFS complete, and the nearby Tansim project offers strong exploration potential. This is a very exciting step for Piedmont, and we look forward to supporting Sayona’s team as they drive day‐to‐day activities in Québec, while Piedmont’s team focuses on its core interests in North Carolina.”

Sayona’s Managing Director, Brett Lynch said the partnership with Piedmont would advance the development plans of both companies in North America. “Piedmont hasshown tremendous vision in creating a base in North Carolina, a centre of lithium hydroxide production in the United States, and has secured significant supply agreements with leading EV makers,” he said. I am delighted to welcome Piedmont as a strategic partner. This agreement will underwrite the future of our Authier project, expedite our growth plans in Québec including our bid for North American Lithium, and enhance access to the U.S. market and investors.”

Piedmont Lithium Limited (ASX:PLL; Nasdaq:PLL) holds a 100% interest in the Piedmont Lithium Project, a pre‐production business targeting the production of 160,000 t/y of spodumene concentrate and the manufacture of 22,700 t/y of battery quality lithium hydroxide in North Carolina, USA to support electric vehicle and battery supply chains in the United States and globally.   Piedmont’s premier south‐eastern U.S. location is advantaged by favourable geology, proven metallurgy and easy access to infrastructure, power, R&D centres for lithium and battery storage, major high‐tech population centres and downstream lithium processing facilities.   Piedmont has reported 27.9Mt of Mineral Resources grading at 1.11% Li2O located within the world‐ class Carolina Tin‐Spodumene Belt (“TSB”) and along trend to the Hallman Beam and Kings Mountain mines, which historically provided most of the western world’s lithium between the 1950s and the 1980s. The TSB has been described as one of the largest lithium provinces in the world and is located approximately 25 miles (40km) west of Charlotte, North Carolina.

Sayona Mining Limited is an emerging lithium miner (ASX:SYA; OTC:DMNXF), with projects in Québec, Canada and Western Australia. In Québec, Sayona is progressing a bid for the North American Lithium mine with the backing of a world‐class advisory team, while advancing its flagship Authier Lithium Project and its emerging Tansim Project.   In Western Australia, the Company holds a large tenement portfolio in the Pilbara region prospective for gold and lithium.

Naturgy Energy: plans to invest up to $1.8 billion in US after Hamel Renewables acquisition