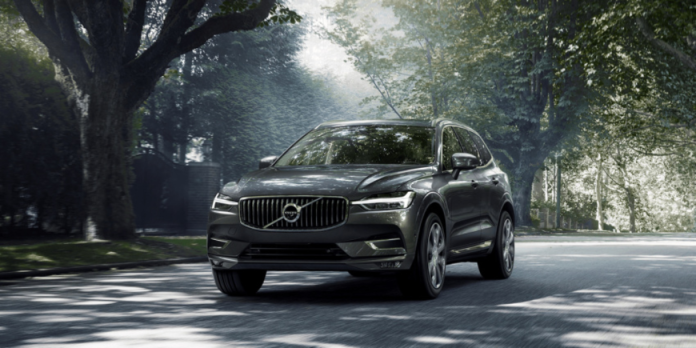 The all-electric successor to the Volvo XC60 set for 2024 will be the first series model to use battery cells from the joint venture between Volvo and Northvolt. The SUV has been the Swedish brand’s best-selling car running for the past four years.

Now coming in as full BEV, the Volvo XC60 will be powered by Northvolt batteries – first from the company’s existing factory before the new facility with Volvo in Gothenburg will go online in 2025. This is according to a report by Autocar. The British portal adds an initial order volume of 15 GWh battery cells without naming sources.

The all-electric XC60, however, has been confirmed before. Volvo, when talking at a dealers’ training in February, had mentioned the model as part of a five-model advance planned for 2025. Since the company will introduce new nomenclature by then, the XC60 will get a new name.

Still, Autocar suggests, with reference to the popularity of the current combustion-engined XC60, that Volvo is likely to keep it on sale for a period alongside the new EV.

Björn Annwall, CFO: “We launched the XC90 prior to the XC60, so as we looked at upgrading the XC90, we concluded ‘let’s make it fully electric”

Once that happens, Volvo will likely build the current XC60 and its BEV successor in parallel at their main plant in Torslanda near Gothenburg. The company is reportedly investing one billion euros into readying the factory for electric car production and battery assembly.

This is independent of the investments into Volvo’s and Northvolt’s battery cell plant located in the immediate vicinity in Torslanda. The partners will invest 30 billion SEK (2.9 billion euros) in the 50 GWh factory and a research and development centre.

The Autocar report does not have further details on the electric Volvo XC60. Still, since it is close to the XC90 in powertrain and construction, the magazine assumes that the smaller e-SUV will also be equipped with lidar sensors from Luminar for autonomous driving.

Håkan Samuelsson, President and CEO of Volvo Cars, said: “Torslanda is our largest plant and will play a crucial role in our ongoing transformation as we move towards becoming a pure electric car maker by 2030.”

However, electric car sales made up about 6.5 % of Volvo Cars’ sales last year, according to Autocar. Still, it is the company’s best on record, and the Swedish company aims to increase that figure to 50% by 2025.

Currently, the company sells the Volvo XC40 Recharge as fully electric, with the XC90 expected later this year.