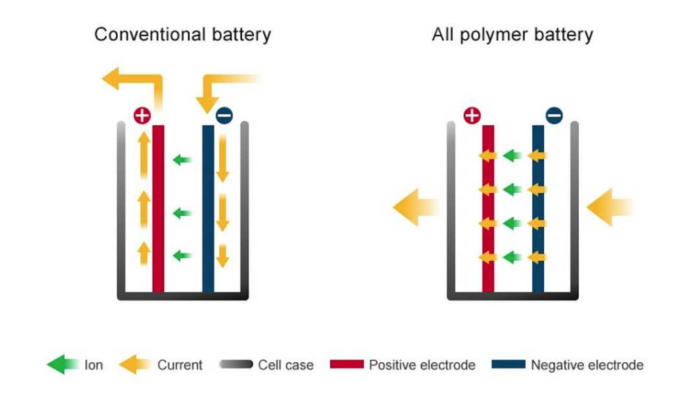 Nissan has announced that it has licensed an advanced lithium-ion battery technology to Tokyo-based APB Corporation startup, which is working on all-polymer batteries, reports Insideevs.

According to Nissan, its tech will allow “mass production of lower-cost, safer lithium-ion batteries with increased charging capacity”. It sounds like cheaper and more energy-dense solid-state batteries, for which many are eagerly waiting. However, APB intends to develop a product for stationary applications, not for EVs.

Bipolar structure all-polymer battery technology
In an all-polymer battery with a bipolar structure, the liquid electrolyte and metal electrodes used in conventional batteries are replaced with polymers. The front and back of the battery cell are made of a polymer current collector. The front and back each has a negative or positive polarity and forms part of the battery case. By stacking a number of these cells together, an assembled battery with a bipolar structure is created.The technology increases charging capacity relative to battery volume, while also enhancing safety by replacing liquid electrolytes with polymers. The simplified structure also lowers cost.