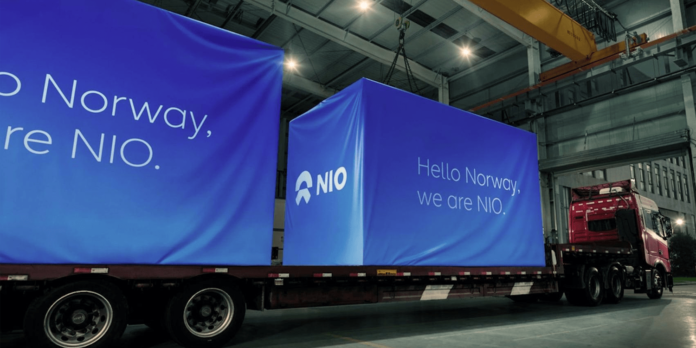 Nio, the Chinese multinational automobile manufacturer headquartered in Shanghai, has received TÜV certifications to sell and operate its battery exchange stations and chargers in all EU member states. The first deliveries to Nio’s first European market Norway are already on the way, Electrive.com reports.

In Norway, the Chinese brand reportedly plans to deliver the first units of its large ES8 electric SUV in September 2021, by which time the first service locations and ‘Nio Houses’ should also be open. Four of the stations are to be set up in the Oslo area this year, with further stations planned for the cities of Bergen, Stavanger, Trondheim and Kristiansand in 2022.

Nio has now received important certifications for later use in EU countries. The German certification agency TÜV Rheinland issued the European Conformity Certificate and TÜV MARK Approval Certificate to the ‘Power Swap Station’, the DC ‘Power Charger’ and the AC wallbox ‘Power Home’. This means that the devices may be sold and operated in all EU member states.

By way of comparison: Nio currently has 301 “Power Swap Stations”; by the end of this year, the number is expected to rise to more than 700 swap stations – already including the first examples in Norway. This would add up to more than 600 stations per year. At the “Nio Power Day”, the company gave further insights into its operations to date: more than 2.9 million exchanges have already been carried out.

Meanwhile, rumours are growing that the next European market after Norway could be Germany – not only because the German car market is highly attractive for Chinese brands. Specifically, the company is looking for a “General Manager of Nio Germany” based in Munich. According to the job advertisement on LinkedIn, there are already more than 170 applications for the vacant position.