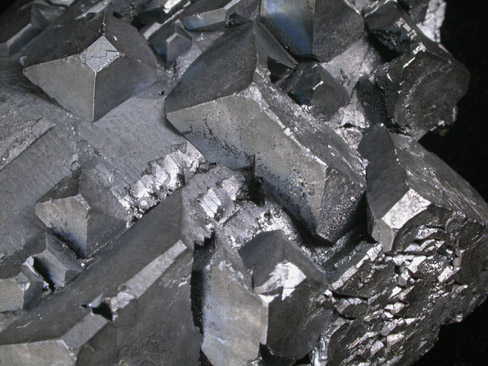 A massive lead-zinc deposit has been discovered in southwestern China’s Guizhou Province, which is estimated to be worth over 70 billion yuan (about 9.88 billion U.S dollars), according to the provincial department of natural resources, China.org.cn reports.

Ninety-two major ore bodies have been delineated with an average lead ore grade of 2.27 percent and 6.76 percent for zinc in the Shuitang Township, Hezhang County, equivalent to six large lead-zinc mines due to the thickness of the ore body, said the department.

The reserve of lead and zinc is estimated to reach over 3.27 million tons, along with gold, silver, gallium, cadmium, germanium, selenium, sulfur, copper and other important mineral resources.

The deposit will help local impoverished regions shake off poverty and provide key resources to revitalize the basic material sector in Guizhou, said an official with the department.