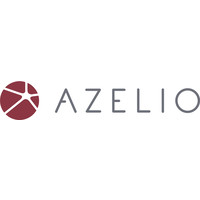 (Original article: RECHARGE) At the beginning of March, a new type of long-duration energy storage that can facilitate 24/7 wind and solar energy has been inaugurated at the world’s largest concentrated solar power (CSP) plant in Morocco.

The pilot technology from Swedish start-up Azelio — which stores energy in molten aluminium — has been installed at the 580MW Noor Ouarzazate solar complex (510MW of CSP and 70MW of PV), and will be tested with a view to installing a larger commercial system on the site later this year, “followed by volume production in 2021”.

The technology uses electricity to heat recycled aluminium to 600°C, with the molten metal acting as the storage medium. When power is required from the storage unit — which sits inside a shipping-container-style box — the stored thermal energy is transported to a Stirling engine using a heat-transfer fluid. The Stirling engine, which is powered by the heat, then runs a generator to produce electricity. Waste heat at a temperature of 65°C can also be sold to industrial users or local district heating systems.

According to Azelio, the process has a 90% round-trip efficiency — ie, the amount of energy that goes in, compared to the amount that comes out — when both electricity and waste heat are utilised.

The company has given no indication of the system cost or the levelized cost of storage — nor the size of the pilot or future installations at Noor Ouarzazate, which is owned by the Moroccan Agency for Sustainable Energy (Masen).