Home Electric aircrafts Lilium: why we don’t plan to operate flights under 20km, and why...

The idea of ‘urban air mobility’ is pretty well ingrained in most people’s minds. It’s futuristic flying cars that hop around a city, perhaps taking off from a garden, before stopping at the local shops and then dropping the kids off at school.

Of course, the reality is very different.

Taking a short hop from Lower Manhattan to Grand Central Station in New York, or from the English Garden in Munich to the main station, is not only impractical (you’d need hundreds of landing pads in one city) but it won’t actually save you any time as you’ll likely need to travel to and from the vertiport as well as check-in for your journey. 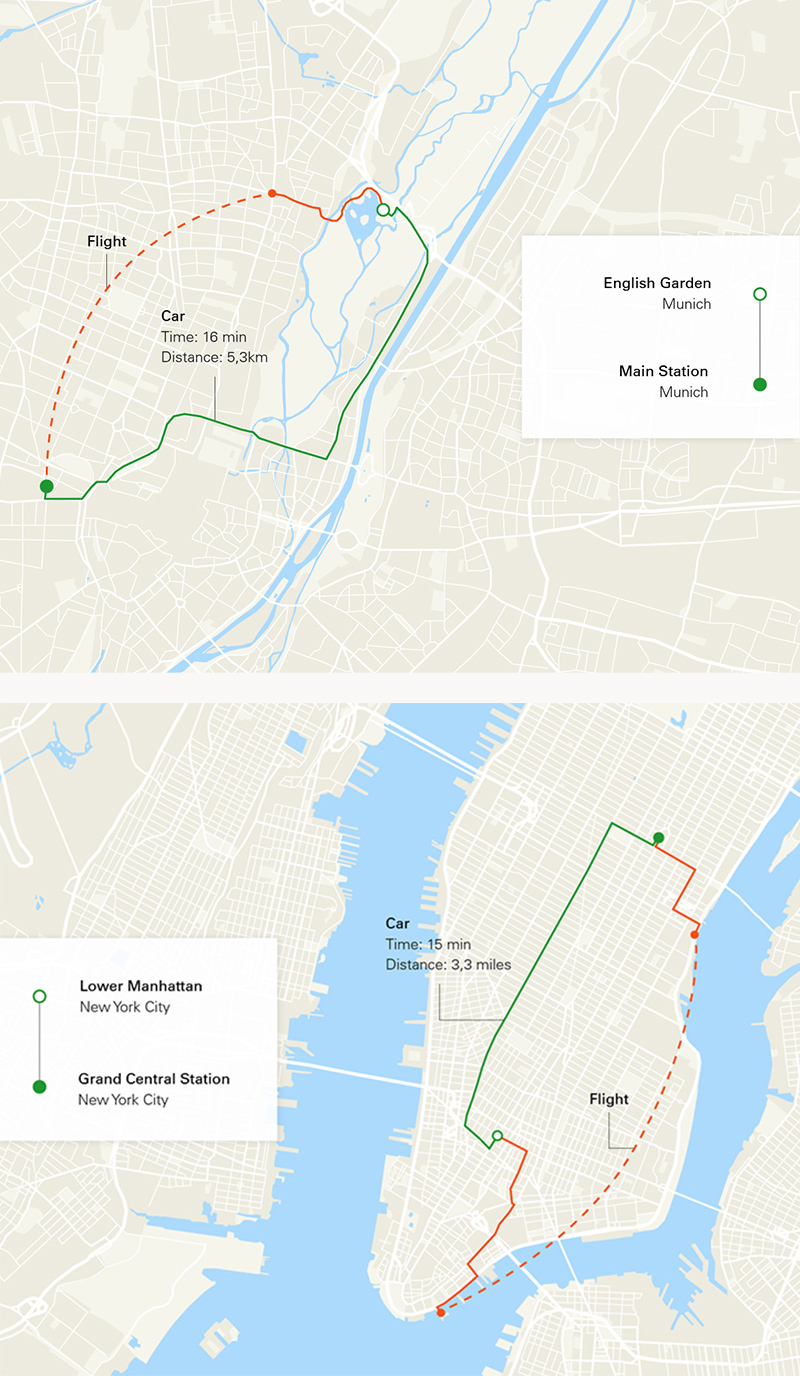 Instead, we set out to do something different. Different from what most people expect from electric air mobility and different from the vast majority of our competitors.

With a range of up to 300km (186 miles), we’ll be able to focus on connecting entire regions with high-speed transport, rather than trying to persuade you that we’re quicker than a crosstown journey on an underground train or bike.

In fact, contrary to the idea of ‘urban air taxis’ we think there will only ever be a handful of routes in our network that are shorter than 20km (12 miles).

That might sound surprising, so I’ve picked two examples to illustrate how electric VTOL flight might be deployed most effectively.

Switzerland: a network in the heart of Europe

Switzerland is blessed with excellent transport connections, a punctual train service and many beautiful places to go. And yet, even with world-class infrastructure, it still takes considerably longer than expected to reach these destinations from my home town of Zurich.

Traveling with the all-electric Lilium Jet would allow me and others in Zurich to complete these journeys significantly faster and at a price that would be comparable to a first-class train ticket at launch, and cheaper a few years into operations.

But the opportunity doesn’t stop there. Because an air mobility service doesn’t require expensive land-based infrastructure like roads or rails connecting each point, we can rapidly create a network with hundreds, if not thousands of route options, linking up major towns and cities to create significant economic impact, better land use, and increased access to industry, culture and, of course, nature.

A system with only 20 landing sites would create around 200 potential routes and 10,000km of high speed connectivity (assuming 50km distance between sites). That’s three times the entire French high speed TGV rail network for a fraction of the cost.

And since we don’t have to build tracks that can easily cost more than $20m+ per kilometer, we can connect smaller communities too, adapting the frequency of connection to match the demand.

By adapting existing infrastructure like airports, heliports, or even the roof of a parking garage, there’s a genuine opportunity to implement a network that could look like this, in less than five years.

California: From the Bay to further away

The same argument applies to San Francisco and the Bay Area. While it’s known for its economic activity, its matchless creativity and for being surrounded by natural beauty, it’s also a large urban area with many centers, plagued by heavy traffic and high house prices.

What if we could change that, with high speed, all-electric travel? Today, traveling in and around the Bay Area is a challenge, but a Lilium service has the potential to improve journey times significantly. Assuming you start your journey somewhere around the Embarcadero, travel times could look something like this: