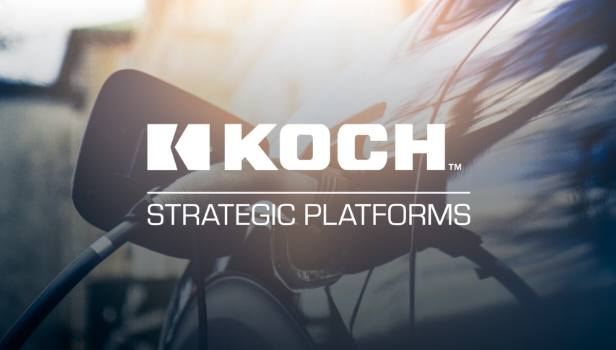 6K, a producer of engineered materials for lithium-ion batteries and additive manufacturing from its UniMelt plasma technology, has raised $102 million in its Series D funding first close of two planned tranches. The investment is expected to reach more than $150M in total, aimed at building a low cost, sustainable domestic supply chain for battery materials.

The round was led by Koch Strategic Platforms (KSP), a subsidiary of Koch Investments Group, an investment arm of Koch Industries, with participation by investors Energy Impact Partners, Albemarle, HG Ventures, as well as participation by 6K’s existing investors.

The Series D proceeds will fund production expansion for premium 3D metal powders in its 6K Additive division and accelerate the deployment of cathode production plants in its 6K Energy division.

Aaron Bent, PhD, CEO of 6K,says: “Lithium-ion battery markets will increase tenfold in the next decade, fueled by growth in EVs, as well as supporting critical infrastructure for telecom back-up, data centers, and power plants. The fact that there is no lithium-ion battery material production on US soil is a concern for both national security and for the industries that are relying on these critical materials. 6K is the only company capable of battery material production at costs lower than Asia, while also reducing impact on the environment by 70%-90%. Disruptive approaches such as this are the only viable way to repatriate this industry. The investment from Koch Strategic Platforms not only brings the capital required to fuel our growth, but equally important they bring unparalleled commitment and reach within the battery value chain.”

6K’s UniMelt system replaces a three-day, multi-step, high-waste chemical co-precipitation (hydro-met) process with one that is ultra-clean and ultra-fast (as low as 2 seconds), powered by a 6000K microwave plasma. Compared to state-of-the-art CAM (cathode active material) plants today, 6K uses half the footprint, substantially lower CapEx, and half the conversion costs or less.

If deployed across the 400 GWh of announced capacity by 2025, implementing a 6K solution for NMC811 has the potential to save billions of dollars and eliminate solid and liquid hazardous waste while reducing water usage by 90% and energy usage up to 70%, the company claims. The UniMelt systems are already deployed in 24/7 high volume production in 6K Additive’s 45-acre, ISO9001-certified facility.

Jeremy Bezdek, managing director for Koch Strategic Platforms, says: “We have been following 6K Energy’s progress since inception and have found that 6K’s UniMelt plasma technology delivers a competitive, production process built on US soil. They have created a transformative battery material production and recycling eco-system, delivering a versatile technology capable of full-scale production with various chemistries. This innovation will help realize advancements in energy transformation and the battery value chain.”

With an expected close of the Series D in spring 2022, 6K will add a limited group of strategic investors. 6K is working with partners throughout the supply chain with the intent to build an end-to-end solution, including its partnership with Albemarle for the sustainable production of lithium products, and Heritage/Retriev for the production of cathode from end-of-life batteries. 6K is opening its $30-million Battery Center of Excellence in August 2022 and working through site selection for its first 10-20 GWh cathode plant with production launch in early 2024.