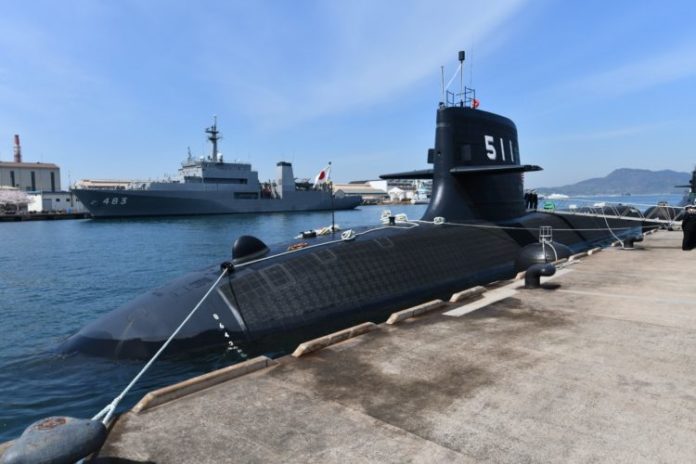 OURYU is the newest Japanese submarine, as well as the first lithium-ion battery powered submarine. She will take on the surveillance mission around Japan.

Lithium-ion batteries have almost double the electric storage capacity of traditional lead-acid batteries, and by not only replacing them in the existing battery storage areas but adding to the already large battery capacity by also filling the huge space (several hundred tons displacement) inside the hull previously occupied by the AIP Sterling engines and their fuel cells with these new batteries, the amount of (more powerful) batteries carried overall is massive. This has improved the underwater endurance significantly and is felt will be an advantage over the slow recharge capability of the AIP system.

The Ouryu is the sixth Soryu-class boat to be built by Mitsubishi Heavy Industries and is 276 feet long, 2,950-pound submarine that supports a crew of 65 people and carries up to 30 21-inch heavyweight torpedoes.