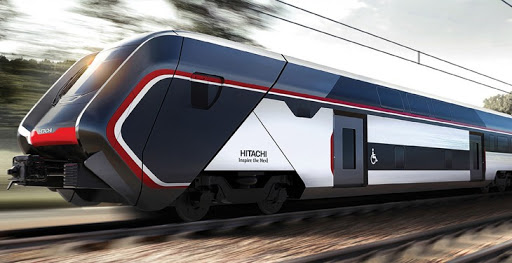 The two companies, both of whom already have an established presence in the North East of Britain, wish to speed up the development of batteries that can be mass-produced. Battery-technology, like electrified operation, has the benefit of being emission-free during operation.

Hitachi Rail acknowledges that this move is a response to the UK’s poor electrification figures, stating that only 42 percent of the rail network is currently electrified. Further, the UK government has set decarbonization targets while also having abolished electrification programmes, quite frankly the better solution for all mainlines and all lines running higher-frequency services or services above certain speeds.

However, given the circumstances, Hitachi Rail believes that the potential market for Hyperdrive and Hitachi’s battery technology is in excess of 400 trains.

The agreement between Hyperdrive and Hitachi is a step towards commencing battery production at Hyperdrive’s HYVE site in Sunderland. The batteries could then be installed on trains at Hitachi’s factory in Newton Aycliffe 20 miles away.

Hitachi has identified 275 of its trains on the British rail network as suitable for early fitment with battery technology. Hitachi also wants to fit its batteries on new metro and intercity trains that will replace current diesel fleets coming to the end of their lifespans.

Battery trains produce no greenhouse gases or air pollution while in operation. They are also much quieter than their diesel counterparts. Retrofitting existing trains with batteries can increase their range. For example, installing them on electric trains could allow services to be extended to non-electrified sections of track.

Andrew Barr, Group CEO, Hitachi Rail, said: “Battery trains can play a vital role in improving the air we breathe, tackling climate change and providing modern, high performing rail service – all things we know passengers want to see. The partnership with Hyperdrive creates shovel-ready opportunity for new battery trains to be ordered now. As well as new trains, this is also a window of opportunity to cut carbon and supercharge a green recovery in the North East and across the UK.”