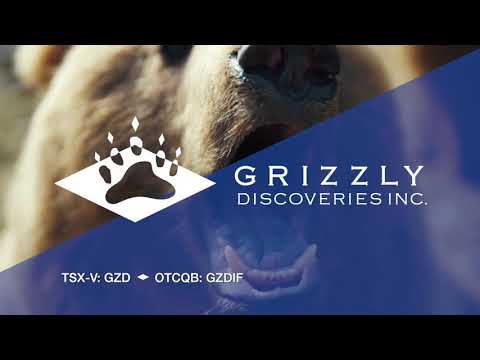 Grizzly Discoveries Inc. has announced it is currently reviewing proposals for core drilling during the 2022 exploration season. The Company is permitted for initial drilling programs at its Motherlode and Dayton Prospects in the Greenwood area, BC and is currently in the process of obtaining the required permits for drilling at the Robocop Project near Grasmere, BC.

Grizzly is anticipating that the drilling program will likely commence at Greenwood in August and will begin with drilling at either the Dayton copper-gold-silver (Cu-Au-Ag) porphyry target near Rock Creek or at a number of skarn related targets in and around the historical Motherlode Pit area 3 km northwest of the town of Greenwood. All the drill targets are road or trail accessible and located close to excellent infrastructure. Once permits are received for drilling at the Robocop Project either a second drill rig will be engaged to complete the Robocop drilling or the rig engaged for the Greenwood drill program will be shifted to the Robocop Project.

The Dayton IP2 target (an induced polarization chargeability anomaly) was tested by Grizzly with a single hole in 2011 and intersected potassic altered volcanics and intrusives with a near surface intersection of 0.15% Cu and 0.43 g/t Au (or 0.4% CuEq*) over 51 m core length starting at a depth of 3m.

The Motherlode skarn targets are comprised of Au-Ag-Cu +/- lead-zinc (Pb-Zn) in proximity to the historical producing Motherlode Mine, which produced significant amounts of Cu, Au and Ag. Prior drilling by Grizzly about 700 m north of the historical open pit intersected up 17.15 grams per tonne (g/t) Au, 41.7 g/t Ag, along with , 0.56% Pb and 1.51% Zn over 1.5 m core length.

The 2022 surface exploration program for the Greenwood Precious-Battery Metals Project and the Robocop Battery Metals Project will comprise soil and rock sampling, along with ground geophysical surveys followed by drilling at both projects in southern BC. Grizzly will focus efforts at a number of new and existing high-priority battery metals targets at Robocop (copper, cobalt and silver) and precious metals – battery metals targets at Greenwood (gold-silver-copper and other based metals). The ground exploration will be focused on or near prospective targets to be drilled during 2022 as well as a number of other high priority exploration targets. Recent geophysical results have outlined large areas with anomalous geological potential for new discoveries at both projects.