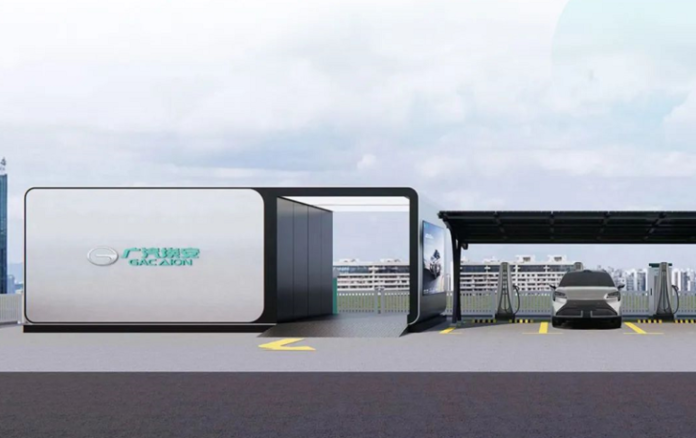 GAC AION, the NEV-dedicated arm of GAC Group, held an online ceremony to announce the launch of its first super charging & battery swap center. The significant facility is located on the South Trunk Line.

At the same time, the NEV manufacturer claimed it planned to build Guangzhou into the world’s first “AION supercharging capital” by deploying the aforesaid charging & battery swap centers, and other facilities.

GAC AION plans to complete the deployment of 220 EV charging & battery swapping stations in Guangzhou by the end of 2022, and the number will be lifted to 1,000 by 2025.

The automaker will equip the charging & battery swapping stations with its A480 supercharging pile, which is capable of charging the AION V’s battery from 30%-80% within five minutes. The fast charger features a maximum charging power of 480kW and a top current of 600 amps.

Thanks for staying up to date with batteriesnews.com. The automaker is ambitious to build its supercharging stations in up to around 300 cities in China.

Based on the flexible motion control, assistant navigation, visual dual-positioning functions, the system will allow a car to park automatically and get its battery pack charged and swapped without human intervention.

Using the system, an electric car’s battery can be exchanged to a fully charged one within 150 seconds.