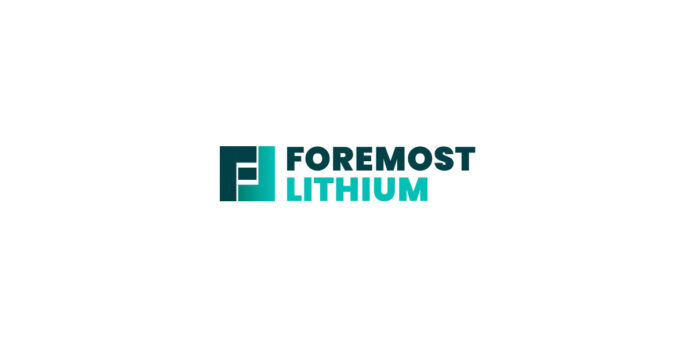 Final images from EarthEx Geophysical Solutions Inc. (“EarthEx“) magnetic data identified fourteen (14) high priority structural targets for further exploration work in the northern portion of the Jean Lake property. Fourteen sets of independently colored lines are final interpretations of the magnetic low lineaments from a Centre for Exploration Targeting (“CET”) analysis and overlay the magnetic “low” picks layer. The coincidence of the magnetic lows with the Beryl Pegmatites and their extension along a trend recognized for its association with Snow Lake Lithium’s high-grade SG and GRP spodumene pegmatites is highly encouraging. Of particular importance, Target 11 (BLUE) and Target 10 (GREEN) directly match the previously identified Beryl Pegmatite dykes (B-1 and B-2) which assayed between 3.89% and 5.17% Li2O, respectively.

Lindsay Bottomer, Co-founder, and Geoscience Advisor of Foremost states: “The Jean Lake results are very encouraging with regards to the clarity and abundance of the trends of magnetic lows identified from the EarthEx magnetic data. Targets 10 and 11 correspond with the locations of the B-1 and B-2 Beryl Pegmatites on Jean Lake and Targets 5, 6, and 7 are on trend with the SG and GRP on Snow Lake Lithium’s ground. On March 10th, 2022, Snow Lake Lithium announced results from exploration hole GRP-001, an exploration hole previously undrilled, returned 2 pegmatite intercepts grading 30% spodumene from 34.8 m to 40.48 m, and 41.86 m to 44.22 m for a total intersection of 8.04 m[1]. It is noteworthy that Snow Lake Lithium’s GRP structure appears to directly connect to one of the imaged magnetic low features present on Jean Lake. We have prioritized the top 10 drill targets for an immediate drill program based upon all available data.”