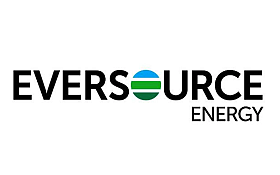 In an effort to improve power quality and reliability for customers on the Outer Cape, Eversource Energy has started the first in the nation community battery project at the Provincetown transfer station, Capecod reports.

Provincetown is at the northern tip of Cape Cod, Massachusetts, US. The state of the art battery will provide backup power for customers in Provincetown, Truro, and Wellfleet during an unexpected power outage on the distribution line that runs along Route 6 serving those Outer Cape communities.

“For years, electricity had to be used as soon as it was produced, but this battery project allows energy to be stored and used when it’s needed most. With our industry-leading goal to be carbon neutral by 2030, this project is a strong example of how clean energy transformation can help enhance system resiliency and reflects our commitment to serve as a clean energy catalyst for the region and an environmental steward for our customers,” said Eversource Vice President of Energy and Policy Roger Kranenburg.

The project will utilize a lithium-ion, 24.9 megawatt/38 megawatt hour battery system that will supply power in the event of an emergency, like an outage, as well as offsetting high electric usage in the summer.

The project is one of two of its kind approved by the Massachusetts Department of Public Utilities. The second is a 4.9 megawatt/20 megawatt hour facility on Martha’s Vineyard.

“I’ve got a lot of friends throughout the industry, and they have all been telling us all eyes on you to see how you execute this, because it’s such a fascinating application,” said Kranenburg.

The battery is expected to provide ten hours of back-up power in the winter and as much as three hours at the height of the summer season.

Based on historic data, the battery is expected to significantly reduce outages for customers in Provincetown, Truro, and Wellfleet. The community battery will also defer the need to construct a new 13 mile distribution line.