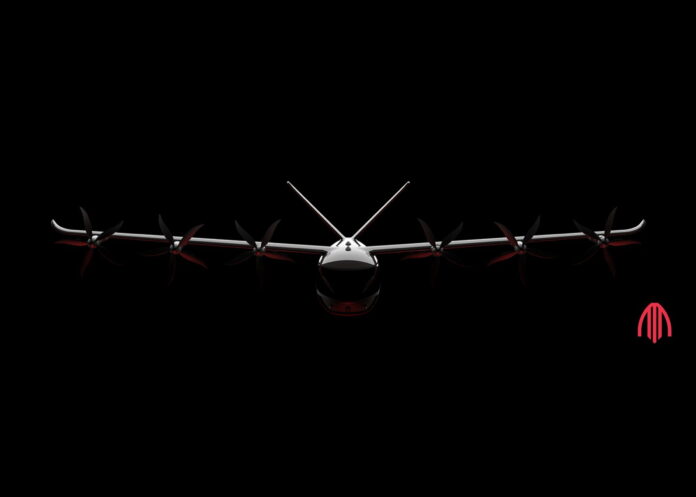 Archer Aviation, an aerospace company building an all-electric vertical takeoff and landing aircraft (eVTOL) focused on improving mobility in cities, has announced its official launch. Marc Lore, the CEO of Walmart eCommerce, is the largest investor in the company.

Based in Palo Alto, California, Archer is dedicated to reshaping urban air mobility, focusing on saving time for users in urban areas. Archer is designing a fully electric aircraft that will take off and land vertically, and can carry four passengers for up to 60 miles at speeds of up to 150mph, all using today’s battery technologies. The battery powered aircraft aims to provide a faster, sustainable, and affordable urban transportation option. Archer’s design will also offer passengers increased safety while producing minimal noise compared to helicopters.

The company is led by co-founders Brett Adcock and Adam Goldstein, who recently sold marketplace startup Vettery to The Adecco Group for over $100M. With Lore’s backing, Archer has the capital needed to lead the urban air mobility market, while leveraging Lore’s unparalleled entrepreneurial perspective.

Lore has a track record of founding ventures to solve consumer pain points. Most recently, he sold challenger e-commerce brand Jet.com to Walmart for $3.3 billion. Before starting Jet.com, he sold Quidsi to Amazon for $550 million in 2010.

“As we look towards the future of transportation, it’s essential to invest in solutions that work to reduce traffic congestion and environmental impact while providing consumers with the swiftest, safest alternatives,” said Lore. “I am a firm believer in Archer and the role it will play in ushering in the next age of urban travel.”

According to Morgan Stanley, the urban air mobility industry is projected to generate $1.5 trillion annually by 2040. Initially, Archer will focus on dense markets with heavy traffic congestion. In the long term, Archer will expand its reach, developing a unique air taxi transportation network.

Archer has attracted top industry talent, with eVTOL visionaries Tom Muniz and Geoff Bower leading engineering. The team consists of over 40 engineers, including talent from competing eVTOL startups Joby, Airbus Vahana, and Wisk. Muniz, previously the VP of Engineering at Wisk, has been named Archer’s VP of Engineering, while Bower will serve as Chief Engineer, a title he held at Airbus Vahana. Alan Chen, who was the head of Flight Controls at Wisk, is now the guidance, navigation and control (GNC) lead for Archer, while Ben Goldman, previously the Aeroacoustic Lead at Joby, is the Acoustics Lead at Archer.

“Archer aims to lead the new third dimension of sustainable travel in urban environments,” said Archer co-founder Brett Adcock. “Our sights are set on the sky and to get there, we’re focused on hiring the top engineering talent to design, manufacture, and operate a fully electric VTOL aircraft to bring in the new age of transportation.”

“By combining the brightest minds in eVTOL and a zest for solving the world’s biggest problems, Archer is poised to accelerate urban air mobility,” said Archer co-founder Adam Goldstein. “Focused on speed, safety, range, and payload, with the ability to be mass manufactured and properly certified, Archer’s aircraft will be an industry change marker.”

About Archer
Archer is an aerospace company building an all-electric vertical takeoff and landing aircraft focused on improving mobility in cities. The company’s mission is to advance the benefits of sustainable air mobility. Archer is designing, manufacturing, and operating a fully electric aircraft that can carry four passengers for 60 miles at speeds of up to 150mph while producing minimal noise. Founded in 2020, Archer’s team is based in the San Francisco Bay Area. To learn more, visit www.flyarcher.com