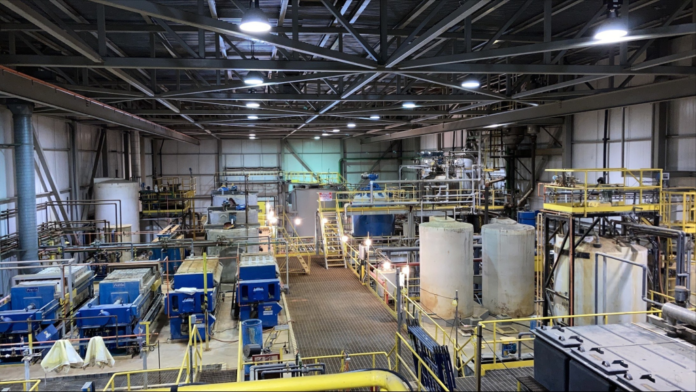 Electra Battery Materials Corporation has announced an offtake agreement for nickel and cobalt produced from a battery recycling plant that it expects to commission in 2023 at its Battery Materials Park north of Toronto.

Under the agreement, Glencore AG will purchase the nickel and cobalt products until the end of 2024 on market-based terms.

Trent Mell, CEO, said:The demand for recycled battery materials is very strong but there is limited refining capacity in North America today to treat black mass with a hydrometallurgical process – the preferred route due to high metal recoveries and near zero GHG emissions. Electra expects to be one of the first such refiners, leveraging its permitted site north of Toronto and approximately C$100 million of existing infrastructure and equipment.”

“This is another step in de-risking Electra’s Battery Materials Park project. By securing an offtake for our recycled nickel and cobalt production at market rates, we can now continue to focus on construction and operational readiness for Phase 1 and Phase 2.”

Electra’s battery recycling strategy is the second of a four-phase development plan for an integrated battery materials park in Canada that will recycle lithium batteries, produce cobalt and nickel from primary feeds and then send the material to a battery cathode precursor manufacturer that would co-locate within the same industrial park.

Commissioning of North America’s only cobalt sulfate refinery is the first phase, which is scheduled to be commissioned in December 2022.

Electra’s strategy is to partner with third parties who collect spent batteries and shred the battery cell electrodes into a metal-rich powder known as “black mass.” Electra has established relationships with more than 30 black mass producers and expects to work with up to four providers to supply feed to its refinery.

The first recycling module (Module 1) is expected to produce more than 2,000 metric tonnes per annum of mixed hydroxide precipitate from approximately 4,500 tonnes of black mass.

This is the equivalent to recycling batteries from more than 20,000 full electric vehicles per year, or 80,000 plug-in hybrid electric vehicles. Module 1 is one of several modules that are expected to be constructed over the next decade, as Electra’s recycling capacity grows with market demand for processing of black mass.

The commercial relationship with Glencore is a foundational step that could lead to further collaboration within the North American recycling market. Glencore is already one of the largest processors of black mass, treating a large portion of black mass produced in North America and Europe at its Sudbury smelter.