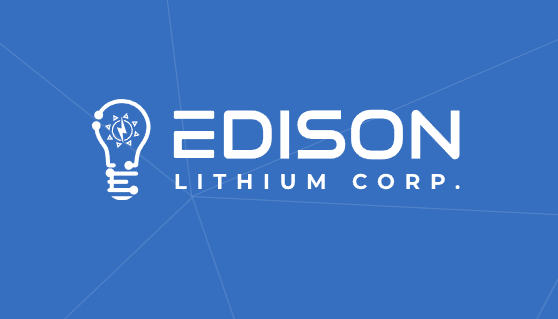 Edison Lithium Corp. – a Canadian-based junior mining exploration company focused on the procurement, exploration and development of cobalt, lithium, and other energy metal properties – has provided an update on its lithium properties in Argentina. The Company’s prospective lithium brine claims are principally located in the two geological basins known as the Antofalla Salar and the Pipanaco Salar in northern Catamarca Province, Argentina.

In November 2021, an Environmental Impact Assessment (EIA) Report for the prospecting phase of exploration was submitted to the mining authorities in Catamarca, Argentina. A total of 24 claims covering about 100,000 hectares in the Antofalla Salar were included in EIA Report submitted to the Provincial Government of Catamarca (Secretaría de Estado de Minería). The plan of work includes topography, mapping, geophysics using TEM (transient electromagnetic) method, and sampling.

Argentina, alongside Bolivia and Chile, is situated in the so-called “lithium triangle” where more than 70% of the world’s lithium reserves lie beneath its salt flats and Edison’s claims are centrally located within that triangle. The northern Argentine provinces of Salta, Catamarca and Jujuy are where lithium operations from incumbent and new developers are concentrated. S

Mining secretary Maria Fernanda Avila told Fastmarkets in London: “President Alberto Fernández and provincial governments are clear about their commitment to speed development of the country’s lithium resources. Argentina aims to be a mining country.”

Nathan Rotstein, CEO, commented: “Following the extensive period of formalizing Edison’s acquisition of the Argentine claims in the Antofalla Salar, we are moving forward to carefully craft an optimal exploration plan for our vast claims. There is a current spotlight on Argentina for lithium discovery and we are moving quickly to identify potential lithium resources in order to take advantage of the growing demand for lithium chemistry as it relates to the heated EV sector.“