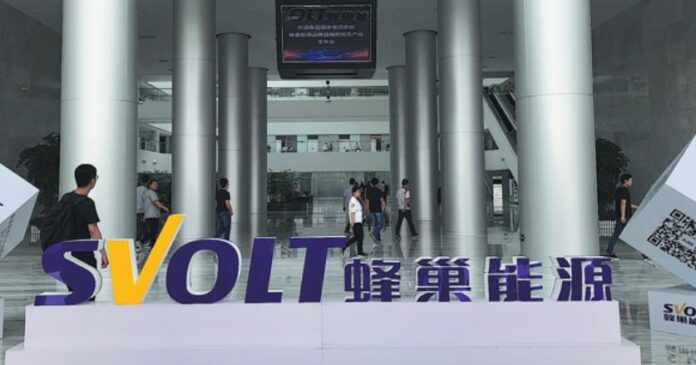 Upon completion of the Series B round, SVOLT will apply for IPO (initial public offerings) on the science and technology innovation board (sci-tech innovation board or STAR Market) in 2022, said the local media channel.

The report came after SVOLT announced the closure of its 3.5 billion yuan ($537.8 million) Series A financing in January. The proceeds would be mainly used for R&D of new technologies and capacity expansion.

Formerly known as the battery business unit of Great Wall Motor, SVOLT started pre-research work on batteries in 2012, and separated as a standalone entity in Feb. 2018, according to SVOLT’s official website. Headquartered in Changzhou, Jiangsu province, SVOLT is dedicated to spearheading innovation in the manufacture and R&D of the next-generation battery materials, cells, modules, systems, BMS and energy storage systems.

The company signed an agreement on Feb. 19 with the government of Huzhou, Zhejiang province to establish a power battery base in South Taihu New Area. Under the agreement, SVOLT would pump 7 billion yuan ($1.076 billion) in the new base, which is designed to feature an annual capacity of 20GWh.

The EV battery maker endeavors to rapidly expand its capacity. Prior to the agreement with Huzhou, SVOLT struck a deal in January with Suining, Sichuan to set up power battery manufacturing facilities with a capacity of 20GWh per year.

According to Yang Hongxin, chairman and president of SVOLT, the company expects its global capacity to reach 200GWh by 2025.