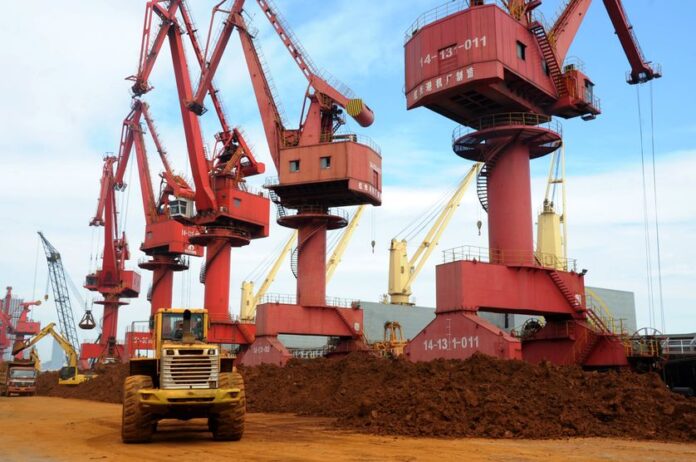 Japanese companies and foreign entities that endorse US bans on dealings with Chinese tech firms such as Huawei may be affected by the blacklist that Beijing is expected to impose in 2021, Asiatimesfinancial.com reports.

China has threatened to create a rare earths blacklist as its trade war with the United States deteriorates.

These foreign companies will be put on a “blacklist”.

This would be similar to the activities of the US Department of Commerce‘s “entity list” for foreign companies that trade with North Korea or Iran, or are accused of illegal acts such as money laundering or forced labour, etc.

Once this law is enacted, it will be the first time that China has used legal means to formally restrict the export of rare earths to “unfriendly” foreign companies.

It was noted that this draft legislation was published as early as three years ago and has been reviewed twice in the period since then. It is expected that the latest review will be conducted at the National People’s Congress next week, before it is decreed and implemented in 2021 at the earliest.

Japanese companies ‘may be at risk’

Japanese media said that the rare earth blacklist set up by China is likely to include US companies, and if companies from Japan and other countries support US export restrictions to China, they may also face risks.

Rare earth elements are an important strategic resource for China to the outside world. These 17 rare minerals are needed for various high-precision technology, as well as military and industrial products.

According to statistics, about 90% of Japan’s magnesium and barium carbonate also come from China. In other words, almost every electronic product and technological product in Japan must use rare earths.

Given that Japanese companies comply with US restrictions on China, business people in Japan will be concerned about this law.

The United States also has great demand for rare earths from China.

Two years ago the United States listed 35 minerals deemed critical to US security and economic prosperity. This included the 17 rare earth elements. It was found that the United States needed to import 31 of the 35 minerals. And some 14 companies are totally dependent on imports.

China is the largest producer of 19 of these 35 minerals. Also, the US, Russia and other countries currently send their rare earth minerals to China for processing, which means it has a stranglehold on global production.

Rare? No – but dirty, tricky and expensive to produce

Western countries are the largest customers for rare earth exports. However, it must be noted that rare earth exports are actually found in many countries. What makes them valuable is the fact the processing of rare earths is a dreadfully dirty business, which is technically complex and that miners in other countries lack the expertise to do this.

Experts say the risks involved in the West developing its own rare earth production – and efforts are underway both in the US and elsewhere to bolster alternative sources – are considerable because it takes years to build up the processing skills, plus it is very expensive without considerable government backing. That is why some analysts say the US Defence Department must back alternate production efforts in the US and elsewhere.

Recently, some Chinese technology companies such as Huawei and SMIC have been blacklisted by the United States, and people have suggested that Beijing should respond by blocking exports of rare earths to the United States, according to Netease news agency.

However, the rare earths card is one that Chinese leaders have long had up their sleeve. In May 2019, President Xi Jinping visited a company making magnets from rare earth minerals in Jiangxi when the trade war with Washington started to heat up. Some believe this move was a signal to business leaders and officials in the US to highlight China’s dominance of these important minerals.