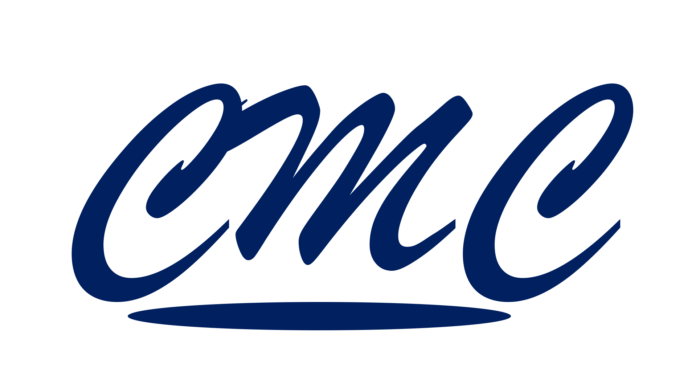 Canadian Manganese Company Inc., (CMC) ,Toronto, Canada, reports that following the closing of the acquisition of Maximos Metal Corp., it has appointed Matthew Allas as President and CEO, effective immediately.

In announcing the appointment, John Kearney, Chairman of Canadian Manganese stated, “We are delighted to announce the appointment of Matthew Allas as President and CEO and we look forward to working with Matthew to create a new technology metals company with an emphasis on stakeholder value creation.”

Matthew Allas commented,”I am very excited to assume this role at such a pivotal time for the Company and industry as a whole. The significant focus on reducing emissions in energy supply has driven the rapid expansion of electrification initiatives, underpinned by the expected development and growth of battery-based energy storage. I look forward to demonstrating the role CMC can play in this seismic market shift.”

Matthew has been the President and Chief Executive Officer of Maximos since 2018. For the fourteen years prior, he was an investment banker and investment professional in the natural resource industry where he advised numerous companies on growth and financing strategies.

Over the past three years under his leadership, Maximos has worked directly with companies (both public and private) and governments, developing partnerships and accumulating a portfolio of interests across commodities and jurisdictions.

CMC plans to make application to list its shares on the Canadian Securities Exchange as soon as possible.

Mr. Pinkerton is a financial executive with over 25 years experience in public companies in the mining and financial services industries in Canada. He is currently Chief Financial Officer of Labrador Iron Mines Holdings Limited and was previously an investment banker (10 years) and chartered accountant (5 years). He graduated from Harvard University (economics) and is a member of both the Canadian Institute of Chartered Accountants and CFA Institute.

Danesh Varma, heretofore CFO of CMC, will continue as a Director of the Company.

Strategic Focus on Battery Manganese and Critical Minerals
CMC’s immediate strategic focus is the advancement of its wholly owned Woodstock manganese property in New Brunswick, Canada, strategically located adjacent to Trans-Canada Highway and near the US border.

Woodstock is an advanced large, carbonate hosted, manganese deposit with a National Instrument 43-101 (“NI 43-101”) defined resource and completed PEA, with demonstrated flow sheet for production of various high purity manganese products, and with multiple resource expansion areas, including other deposits with historical resources.

The Woodstock property hosts the near-surface, Plymouth carbonate-hosted manganese-iron deposit, which contains an Inferred Resource of 44,770,000 tonnes grading 9.85% manganese, on which a positive Preliminary Economic Assessment with supporting NI 43-101 compliant technical report (“PEA”) was completed in 2014 to evaluate a potential open pit mining and processing facility.

Manganese has been identified by the Canadian and US governments as a critical strategic mineral that is essential for national defense, aerospace, technology, and energy that is highly susceptible to supply interruptions due to the lack of domestic production.

Manganese is a key component in the formulations of the cathode material used in high-performance lithium-ion batteries, and in utility bulk energy storage facilities, which are expected to create strong demand for high-purity manganese products. Manganese at the Woodstock Plymouth Deposit predominately occurs as a manganese carbonate which is preferred, relative to higher-grade manganese oxide feed materials, for production of high-purity manganese metals.

As the PEA was focused on the potential for electrolytic manganese metal production, the current program will seek to update the PEA for the production of both high purity manganese metal and high purity manganese sulphate monohydrate for the battery industry. Concurrently, CMC proposes to undertake several programs to advance various project categories to a prefeasibility level of study, including: Product Market and End-User Market Assessment; Process Development and Advanced Metallurgy; Infrastructure Evaluation and Preliminary Environmental Assessment and Engagement.

Additionally, CMC plans to undertake a drilling program to further define the Plymouth deposit (currently open in several directions) as well as, explore the adjacent North and South Hartford deposits.

Maximos Nickel Cobalt Properties
As a result of the acquisition of Maximos, CMC achieves additional exposure to key technology metals – Nickel, Copper and Cobalt sulphides, via Maximos’ nickel cobalt exploration claims in Labrador and its investment in Spark Minerals Inc., an entity that holds the Londonderry and Trident properties in Nova Scotia with potential for iron-oxide-copper-gold (IOCG) type mineralization.

Maximos holds a 100% interest in the Maximos Nickel Property which consists of nine discontinuous mineral Licenses (24907M to 24915M) covering a total area of 336 km2 in north western Labrador on which Maximos completed a diamond drilling program in late 2017 and early 2018.

CMC is a Canadian mineral development company aiming to become a supplier of high-purity manganese metal products for the rechargeable battery industry.

CMC holds the Woodstock manganese property In New Brunswick containing the Plymouth manganese-iron deposit that hosts an Inferred Resource of 44,770,000 tonnes grading 9.85% manganese and on which a positive preliminary economic assessment, NI 43-101 technical report was completed in 2014.