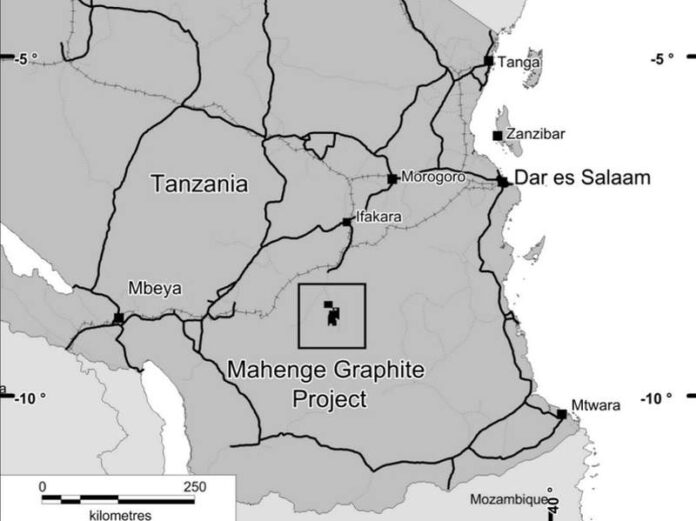 A memorandum of understanding signed by the two companies anticipates an initial investment by POSCO of up to US$10 million (A$14.3 million) by way of a subscription for shares and convertible notes in Black Rock.

The investment will be used to fund a program of engineering works including design, completion of contracts and early access to establish a construction-ready site at Mahenge by year end.

POSCO can also opt for a long-term offtake arrangement for up to 100% of graphite fines (sub #100 mesh), expected to be in the vicinity of 40,000 tonnes per annum at full production rates from the project’s Module One plant.

The mesh will be processed into battery anode feedstock for POSCO’s lithium-ion battery business.

The estimated remaining volume from Mahenge’s Module One plant of up to 43,000t of +100 mesh large flake (plus any uncommitted fines) will be made available to Black Rock’s portfolio of potential customers.

It is expected the POSCO alliance will support continued large flake market development in the high growth fire retardant and foils markets in Europe and the United States.

“POSCO has global scale and significant financial strength, and [this alliance] will significantly reduce our project’s offtake credit risk, which is a prerequisite to securing future debt financing,” Mr de Vries said. “It also reaffirms the clarity of our business model, which is to be first and foremost a miner and concentrate producer, and not a competitor against our customers in downstream processing,” he added.

Resource estimate
Mahenge has a JORC-compliant mineral resource estimate of 212 million tonnes at 7.8% total graphite content and ore reserves of 70Mt at 8.5% TGC. The reserves are sufficient to support a mine life of up to 350 kilotonnes per annum of graphite, for a reserve life of 16 years.

An updated definitive feasibility study released in mid-2019 demonstrated “exceptional financial metrics” for the project including low peak capital expenditure of $165.75 million for Phase One, a 44.8% internal rate of return and a $1.65 billion net present value.

In May 2019, Black Rock announced it had locked in a series of pricing framework agreements with up to 255ktpa of graphite committed for sale by year three of Mahenge’s production.