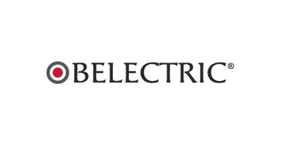 The solar power system alone will cover an area of around 30 hectares and boast an installed capacity of 38 MW. The hybrid power plant designed to generate and store renewable energy will be built on the island Goeree-Overflakke of the province of South Holland, around 30 kilometers southwest of Rotterdam. Construction has already begun on the large-scale photovoltaic system. BELECTRIC also plans to assume the operation and maintenance (O&M) of the solar power system for an initial period of two years.

“The Netherlands is currently one of the most dynamic – and innovative – markets in Europe,” explains Ingo Alphéus, CEO of BELECTRIC Solar & Battery GmbH. “Our customer’s hybrid power plant is a truly forward-thinking concept. The BELECTRIC solar farm complements the power generation profile of the wind farm, so that there are significantly fewer peaks. These components are combined with a battery storage system to produce a utility-scale green power plant – one which will play an important role in stabilising the power grid.”

Claus Wattendrup, Head of the Solar & Batteries business unit at Vattenfall, said: “Vattenfall wants to enable a fossil-free life within one generation and hybrid power plants are an important building block for us in the direction of 100% fossil-free power generation. Wind and solar generation profiles complement each other and reduce the load on the grid compared to a single generation technology. This leads to a more efficient use of the network infrastructure. In addition, the costs for grid connection are significantly reduced compared to stand-alone systems. This will reduce the cost of renewable electricity and ultimately benefit customers.”

About BELECTRIC Solar & Battery
BELECTRIC has constructed over 400 large-scale solar power plants around the world, capable of generating a total of 3,000 MW. The company has also implemented battery storage systems and hybrid systems that combine multiple technological components to create fully autonomous plants. For example, BELECTRIC built a system in Puerto Rico combining a solar power plant with an output of over 15 MW and a large battery storage system. In addition, BELECTRIC is currently integrating a storage system into Jordan’s South Amman solar power project. BELECTRIC completed the photovoltaic system – which boasts over 46 MW of installed capacity – earlier this year. The company has also delivered hybrid systems to customers in Germany, Somalia, Tanzania, Eritrea, the MENA region and the Maldives.