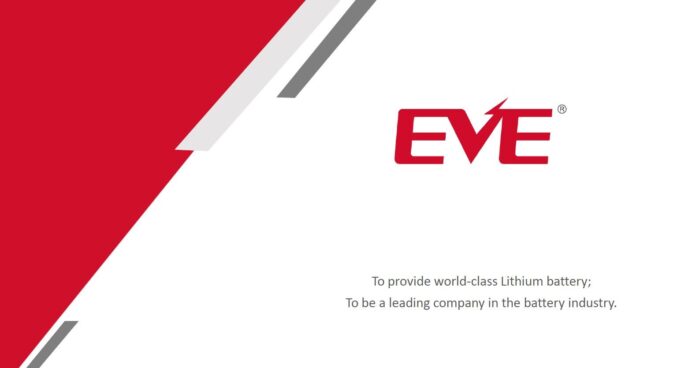 EVE Energy, a major battery maker in China, Zijin Lithium, a subsidiary of Longyan-based Zijin Mining Group, and Ruifu Lithium, a developer of lithium salts based in eastern China’s Shandong province; will establish a joint venture company in Hunan and invest in the construction of a project with an annual output of 90,000 tons of lithium salt in installments. The total investment in the project is expected to be 3 billion yuan (US$443 million).

EVE Energy, Zijin Lithium and Ruifu Lithium hold 26%, 34% and 40% respectively. However, Eve Energy will own 66% of the rights to sell the JV’s products; EVE says this is conducive to its continuous improvement of the battery raw material industry chain layout..

The first phase of the project will have an annual output of 30,000 tons of lithium carbonate and lithium salt, with a corresponding investment of about 900 million yuan (US$133 million).

EVE Energy also announced that in order to expand financing channels further, to optimize the financing structure and to meet the needs of future business development, it plans to apply to the China Interbank Market Dealers Association for the registration of debt financing instruments for non-financial enterprises in the interbank bond market not exceeding RMB 2 billion yuan (US$296 million). This will include medium-term bills, short-term financing bonds and ultra-short-term financing bonds.