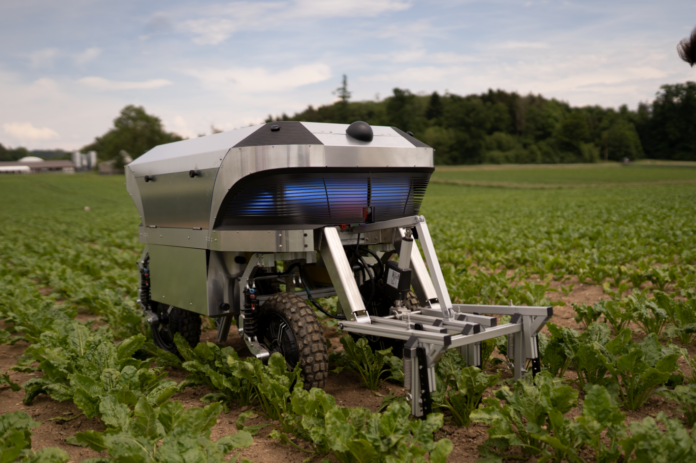 “Rosie” is equipped with four wheeled hub motors and individually steerable wheels. The robot pulls four small ploughshares through the soil between the crop rows in the field. This separates the weeds from the roots and transports them to the surface where they wither. Several camera sensors and a powerful on-board computer enable Rosie to distinguish between crops such as sugar beet and weeds. A GPS signal or pre-programmed routes are not necessary, which significantly reduces the operational effort. The entire system is protected against spray and dust.

Ecovolta not only supplied the batteries for the project but is one of „Rosie’s” sponsors along with 20 other well-known companies. Andrea Cavelti, Electrical Lead of the project at ETH Zurich: ” Ecovolta’s lithium-ion batteries offer a plug-and-play solution with a high safety standard; these factors were very decisive for our focus project, which was marked by time pressure. Thanks to the high energy density combined with dust and water protection, the battery is perfectly tailored for use in an agricultural robot.”

In addition to the battery management system, the Ecovolta solution’s use of an electrolytically nickel-plated cold strip ensures a particularly high level of safety. With its help, defective lithium-ion battery cells are automatically separated from the rest of the battery pack during increased current flows. The special construction principle of the battery packs provides an energy density of 480 Wh per liter.

About Ecovolta
ecovolta AG produces customised high-capacity battery systems and e-mobility solutions. The company’s patented design enables the fully automated series production of high-current capable batteries which do not need active cooling. Battery and drive solutions are developed and tested in the in-house research and development area. ecovolta is a division of the technology company ecocoach AG and has its headquarters in Brunnen/Schwyz, where the production plant ecovolta Swissfactory is located.