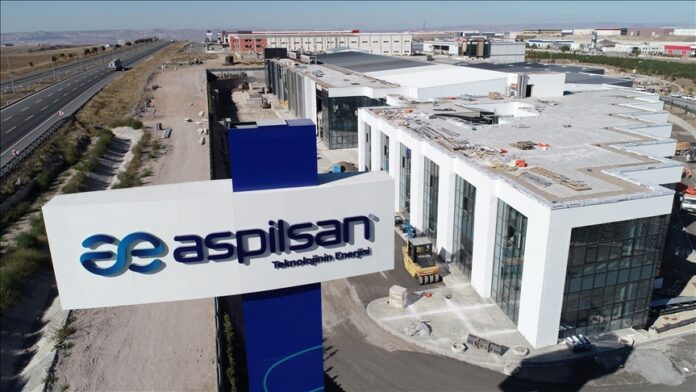 Founded in Türkiye, ASPİLSAN Enerji has started mass production of rechargeable lithium-ion cylindrical cell at its facility in Kayseri.

The General Manager of ASPİLSAN Enerji, Ferhat Özsoy, stated that the size of the battery cell ASPİLSAN Enerji produces is 18650, its capacity is 2800 mAh and its voltage is 3.65V.

“The annual production capacity of our facility – stated Özsoy – is 220 MWh, which corresponds to 21 million 600 thousand cells annually. Our battery cell production facility infrastructure and the machine systems in the production line have been designed and produced in a way that enables the production of not only NMC but all lithium-ion cell chemistries (NCA, LFP, LTO, LMO, LCO). The cells we produce can be used in the production of radio, weapon system, night vision, e-bike, e-scooter, telecommunication, robotic system, medical, electrical home appliance batteries and energy storage systems. Furthermore, areas of usage are not limited to these.”

Özsoy also stated that the company is pleased to publish the product specification of its cell ASPİLSAN INR18650A28 battery, “which has taken its place in the global market.”