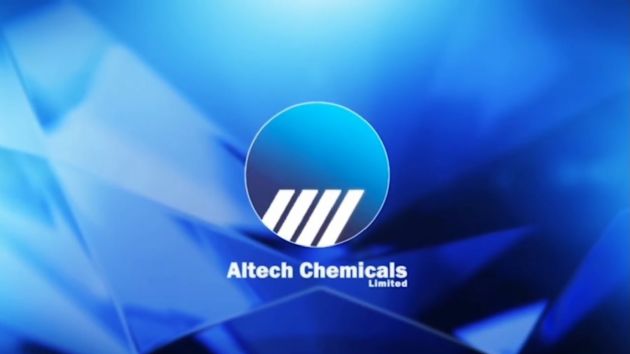 Altech Chemicals Limited has announced a significant breakthrough in lithium-ion battery technology by its research and development laboratory in Perth, Western Australia.

After almost 12 months of challenging work, Altech has finally “cracked the silicon barrier” – says a press release – and successfully  produced and tested a series of lithium-ion battery anode materials that have 30% higher retention capacity compared to conventional lithium-ion battery anode materials. To achieve its breakthrough, Altech successfully combined silicon particles that had been treated with its innovative proprietary technology, with regular battery grade graphite to produce a lithium-ion battery electrode containing a composite graphite/silicon anode.

When energised, these materials held 30% more capacity compared to a conventional graphite only anode material. The materials were then subjected to a series of tests over a period of time, including charge and discharge cycling. From laboratory testing, the previously unresolved impediments for using silicon in lithium-ion battery anodes which are: silicon particle swelling; prohibitive first-cycle-capacityloss of up to 50%; and rapid battery degradation, appeared to have been substantially overcome during
Altech’s testing of the composite graphite/silicon batteries.

The lithium-ion battery industry has declared that the required step change to increase lithium-ion battery energy density and reduced costs is to introduce silicon in battery anodes, as silicon has ten times the
energy retention capacity compared to graphite. With silicon metal identified as the most promising anode material for the next generation of lithium-ion batteries. However, until now silicon was unable to be used
in commercial lithium-ion batteries due to two critical drawbacks. Firstly, silicon particles expand by up to 300% in volume during battery charge, causing particle swelling, fracturing and ultimately battery failure.
The second challenge is that silicon deactivates a high percentage of the lithium ions in a battery. Lithium ions are rendered inactive by the silicon, immediately reducing battery performance and life. Industry has
been in a race to crack the silicon barrier.

Altech’s potentially game changing technology has demonstrated that silicon particles can be modified to resolve the capacity fading caused by both the swelling and first-cycle-capacity-loss problems. After almost 12 months of extensive research, development and trials at its laboratory in Perth, Western Australia, the Altech Research & Development team headed by Dr Jingyuan Liu has finally cracked the silicon problem.

Importantly, the Altech batteries demonstrated good stability and cycling performance. Managing director, Iggy Tan said that “this major achievement is not just a significant breakthrough for Altech, but also for the lithium-ion battery industry generally. Especially so given the 2020 public statement
by US electric vehicle manufacturer Tesla, which said that its aim is to increase the amount of silicon in its batteries to achieve step-change improvements in energy density and battery life. A 30% higher energy
capacity lithium-ion battery would translate not just to significant cost benefits, but also to potentially increased range for electric vehicles. Phase 2 of Altech’s planned research and development program will see the Company strive in improve on the 30% energy increase, and could include the assembly of a pilot plant. In terms of potential commercialisation of its technology, the Company’s 75% owned subsidiary Altech Industries Germany GmbH has already commenced a pre-feasibility study for construction of a 10,000tpa battery materials plant in Saxony, Germany to service the burgeoning European lithium-ion battery market”.