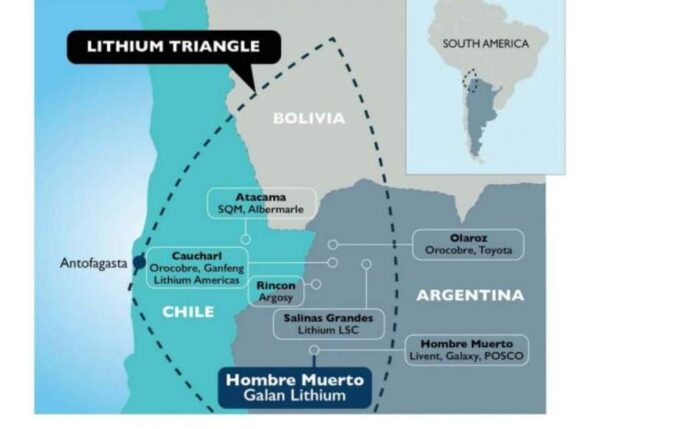 Alpha Lithium Corporation, Vancouver, Canada, (TSX.V: ALLI) (OTC: ALLIF) (Frankfurt: 2P62), sole owner of one of the last large, undeveloped salars in Argentina’s Lithium Triangle, has entered a Letter of Intent (“LOI”) to acquire an unencumbered, 100% ownership position of 3,800 hectares (the “Property”) in Argentina’s Hombre Muerto Salar, which is widely understood to be one of the world’s highest quality productive lithium brine salars, comparable only to the Salar de Atacama in Chile.

The Company has signed a LOI with Argentina Prime Holdings Inc. (“TargetCo”), the owner of the Property, to issue 5 million common shares of the Company in exchange for 100% of the issued and outstanding securities of TargetCo (the “Acquisition”).

Alpha will find itself surrounded by major players in Hombre Muerto, which is known for its premium quality brine, offering record high lithium concentrations and exceptionally low impurities. This combination is proven to be excellent raw material for ultra-high-purity lithium chemicals.

Hombre Muerto is the highest quality lithium deposit in Argentina. It is home to Livent Corp’s Fenix operation, which has been in commercial production for over 25 years. Hombre Muerto also houses Korean giant, POSCO’s Sal de Oro project, which it acquired from Galaxy Resources Limited for US$280 million. Additionally, the southern portion of Hombre Muerto is home to Galaxy, who recently announced an AU$4 billion merger with Orocobre Limited.

On completion of the Acquisition, Alpha will earn a 100% working interest in the Property with no third-party royalties or encumbrances. A small Vertical Electrical Sounding (“VES”) survey has been conducted on the property, confirming the presence of the well-known, underlying productive zones of the Hombre Muerto Salar. The Company plans to immediately initiate drilling in the area. This approach is consistent with the aggressive exploration campaign Alpha has undertaken at its Tolillar salar operation which is located only a few kilometers away.  Numerous synergies between Tolillar and Hombre Muerto were identified prior to Alpha’s entry into the Acquisition process, some of which include plentiful access to fresh water (available in Tolillar but limited in Hombre Muerto), year-round road infrastructure (in both salars) and an existing natural gas pipeline to provide sufficient energy to a future industrial operation (already existing on Hombre Muerto).

Brad Nichol, President and CEO, commented, “This incredible and sizeable acquisition is a huge opportunity for the Company and supports Alpha’s long-term vision of advancing the company into a Lithium producer. Our team, who are very familiar with and experienced in Hombre Muerto, intimately understand its geology and brine chemistry and have a vast technical advantage over many other operators in the region, primarily based on their decades-long experience operating specifically in Hombre Muerto salar. After recently establishing proof of concept in Tolillar, today’s announcement is our first major move into a very well known, world-class, producing salar and I hope to continue on that trend. My team and I are intent on building a truly exceptional Company with first-class assets.”

The Acquisition is subject to a number of customary closing conditions, including the approval of the TSX venture Exchange and the satisfactory result of Alpha’s due diligence reviews. The Company will provide updates as these activities progress.

Alpha Lithium is a growing team of industry professionals and experienced stakeholders focused on the development of the Tolillar Salar. Together, we have assembled 100% ownership of what may be one of Argentina’s last undeveloped lithium salars, encompassing 27,500 hectares (67,954 acres), neighboring multi-billion-dollar lithium players in the heart of the renowned “Lithium Triangle”.  Other companies in the area exploring for lithium brines or currently in production include Galaxy Lithium, Livent, and POSCO in Salar del Hombre Muerto; Orocobre in Salar Olaroz; Eramine SudAmerica S.A. in Salar de Centenario; and Gangfeng and Lithium Americas in Salar de Cauchari.