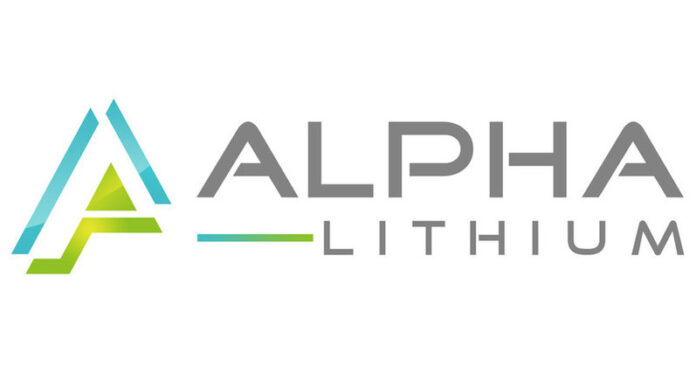 Alpha Lithium Corporation has provided an operational update on its 100% wholly owned, 27,500-hectare Tolillar Salar, operations in neighboring Salar del Hombre Muerto, as well as an update on the previously announced Uranium One transaction, whereby Uranium One agreed to acquire 15% of the Tolillar Salar for US$30 million, implying a US$200 million asset value.

With over $44 million of cash in treasury, the Company continues to operate and develop its 100% owned Tolillar Salar and has confirmed, broad-based institutional support for the project. Given the recent challenges experienced with Uranium One, the Company has chosen to provisionally suspend closing of that transaction. The Company adds that it has no knowledge of any sanctions currently in place against Uranium One, its subsidiaries, affiliates, or its executives and that this decision is being made responsibly and in the best interest of shareholders.

Brad Nichol, President and CEO commented: “While we’re disappointed after working so hard on the Uranium One transaction for several months, we have also enhanced the asset while the market conditions have significantly improved. For Alpha, this is evidenced by the high level of unsolicited interest in both Tolillar and Hombre Muerto. However, we currently have more than enough cash on hand to continue developing both assets independently, and we would only consider bringing in a partner if the terms were highly favorable and accretive to our shareholders.”

Alpha is currently undertaking a significant expansion of the existing high-altitude, on-site camp and facilities to house up to 400 personnel onsite for extended periods of time. Additionally, the Company is considering constructing a 3-kilometer-long airstrip to facilitate faster and safer transfer of personnel and equipment to and from both salars. Construction of a multidisciplined pilot plant, capable of evaluating and comparing several production technologies, will commence shortly. Design of the pilot plant is almost complete. The Company will also construct several evaporation ponds, which will be used for the evaluation of on-site, high-altitude, year-round production alternatives.

Alpha remains committed to the original objective of delivering a bankable feasibility study and demonstrating the significant value of lithium that underpins Tolillar Salar. To that end, our engineers are preparing a Request For Quotes (“RFQ”), which will invite several of the world’s largest and most experienced lithium engineering firms to submit tenders for the preparation of a bankable feasibility study on the Tolillar Salar.