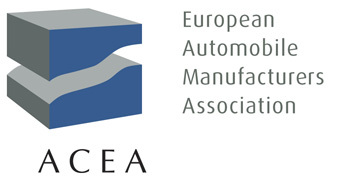 Starting with the number of charging points for battery-electric trucks, this means going from the current zero to some 90,000 public points and at least 200,000 depot chargers by 2030, when the EU aims to reduce carbon emissions by 30%. For hydrogen filling stations for fuel cell trucks, ACEA stresses that over 50 publicly accessible points are required by 2025 and at least 500 by 2030.

The Brussels-based association representing 16 European car, van, truck and bus manufacturers also estimated that a fleet of approximately 200,000 battery-electric trucks should be in operation in the EU by 2030 to meet the CO2 target set for that year. Achieving this goal would imply that sales of electric trucks grow 28-fold over the next ten years, as some 700 medium and heavy battery-electric vehicles were sold last year.

“We urgently need Europe to introduce binding commitments for the deployment of at least 37,000 charging points, 50 hydrogen filling stations and 750 LNG-stations suitable for heavy-duty vehicles already by 2025,” the ACEA chairman stressed.

According to ACEA, investments in charging and fuelling infrastructure will demand substantial financial and administrative support from the EU and national governments. Transport operators should in particular be incentivised to invest early in private and semi-publicly accessible depot charging stations, says ACEA.

First commercial initiatives have been already launched. The E-Mobility Group from Daimler Trucks & Buses rolled out recently the ‘eTruck Charging Initiative’, a global scheme to establish a charging infrastructure for battery-electric trucks at the depots of truck customers.