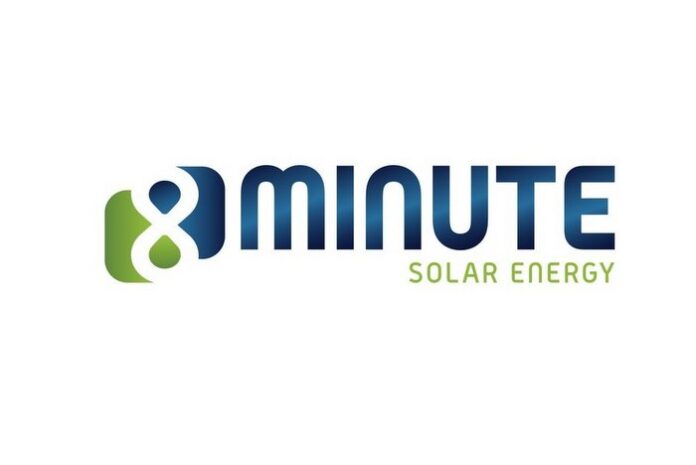 8minute Solar Energy, Los Angeles, CA, announced that the company has closed a $225 million letter of credit (LC) facility from a consortium of five banks, led by CIT Bank as sole coordinating lead arranger with partners KeyBank, HSBC, Rabobank and Nomura Holdings. 8minute will use the LC facility to cost effectively post securities for its power purchase agreements (PPAs) and interconnection agreements for its 18-gigawatt pipeline of solar and storage projects throughout California, Texas and the Southwestern United States.

“In this challenging time, 8minute is pleased to continue to receive increasing investment and financing to help us deliver on our rapidly expanding pipeline,” said Dr. Tom Buttgenbach, President and CEO of 8minute. “We are glad to continue working with core financial partners who share our commitment to unlocking an affordable and clean energy future.”

The $225M LC facility replaces 8minute’s existing facility with Rabobank closed in 2016 and represents a tenfold increase in capacity, underscoring the strength and growth of 8minute’s project pipeline over the last four years. 8minute has one of the largest development pipelines of solar and solar-plus-storage projects in the country, including more than 50 utility-scale projects in various stages of development, with a typical project size of 400 MW. Most of these projects will deploy 8minute’s new generation solar plant design with integrated energy storage.

Today’s news follows 8minute’s recent announcement of new corporate-level funding from its joint venture partners: J.P. Morgan Asset Management, Upper Bay Infrastructure Partners and the newly-added University of California (UC) Office of the Chief Investment Officer of the Regents. The LC facility further ensures that 8minute will be able to execute on its 18-GW pipeline, including 3 GW of projects that the company added in April 2020 alone.

“We are delighted to expand our relationship with 8minute by arranging this first-of-a-kind financing facility,” said Mike Lorusso, Managing Director and Group Head for CIT’s Power and Energy Business. “8minute has a superior track record on project execution and rigorous approach to project financing, and we look forward to continuing to support their financing needs.”

The borrowing base facility is a hybrid of project and corporate debt, backed by the assets of 8minute’s joint venture with its partners. This is the third deal that 8minute has closed with CIT in the last 12 months, following successful construction and term loan project financings.

About 8minute Solar Energy
8minute Solar Energy is the largest privately-held developer of solar PV and storage projects in the United States. Founded in 2009 by President and CEO Dr. Tom Buttgenbach, 8minute has over 18 GW of solar and storage projects under development, with 2 GW in operation in 2020. The company holds many industry records, including the development of the largest solar plant in the nation, the first operational solar plant in the US to beat fossil fuel prices, as well as the Eland Solar & Storage Center, the lowest cost PPA for a new generation of fully dispatchable solar-plus-storage baseload power plants. 8minute is a solar industry leader in technology, engineering, and development innovations—with a team that has a track record of delivering above-market profitability and strong financial returns on utility-scale solar and storage projects.